Home »Immigration»U.S. Courts: Referring to a Black Man as a "Boy" is Not Racial Discrimination 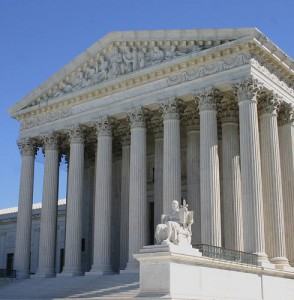 Two conservative Alabama juries made history by making a decision in a racial discrimination case in favor of African-American plaintiffs and rewarding them damages, only to see their efforts squashed by a U.S. Court of Appeals decision. Apparently, calling an African American man in the Deep South a “boy” is still acceptable and not cause for racial discrimination.

Two African-Americans — Ash and Hithon — filed a racial discrimination suit against Tyson Foods Inc. when the company promoted two lesser-qualified white males to fill shift manager positions. The Tyson plant manager who made the disputed hiring decision used to refer to Ash and Hithon each as “boy.”

Not only did the Court of Appeals decide that the use of “boy” in Deep South Alabama to refer to African-American men was not evidence of racial discrimination, but it also held that the pretext for racial discrimination can only be established if the disparity in qualifications “jump off the face and slap you in the face.”

“The usages were conversational,” the majority explained. Even if “somehow construed as racial … the comments were ambiguous stray remarks” that do not serve as proof of employment discrimination. Now that is indeed a slap in the face of a history where whites referred to grown black men as boys, in order to assert their own superiority (manhood).

“Boy” was not just used as an offensive and derogatory term in the racist South. It was used exclusively to refer to grown African-American men. Holding otherwise is just a blatant denial of history. The Court of Appeals holds that “boy” would need another identifier such as “white” or “black” to become a racial slur, but that hardly makes any sense.

There may be some home left in the rule of law though. The United States Supreme Court ruled on an appeal for the same case that the use of the word “boy” on its own is not enough evidence of racial animus, but that the word is also not benign. The meaning can depend on what context and tone is used by the speaker. Used in the workplace by an employer toward his employees, “boy” is no longer a benign word but becomes a degrading racial epithet. The Supreme Court also questioned the standard used by the Court of Appeals for determining pretext as “unhelpful and imprecise.”  So once again, the Court of Appeals may just receive a smack from the Supreme Court, if they take up the matter.