Outcome: Rehash of yesteryear’s Yash Raj films turned into an average, cliched affair that leaves you yearning for more.

Watch it for: Rani Mukherjee gender-bending as a 5′ 2 sardar boy to play cricket in the men’s team. 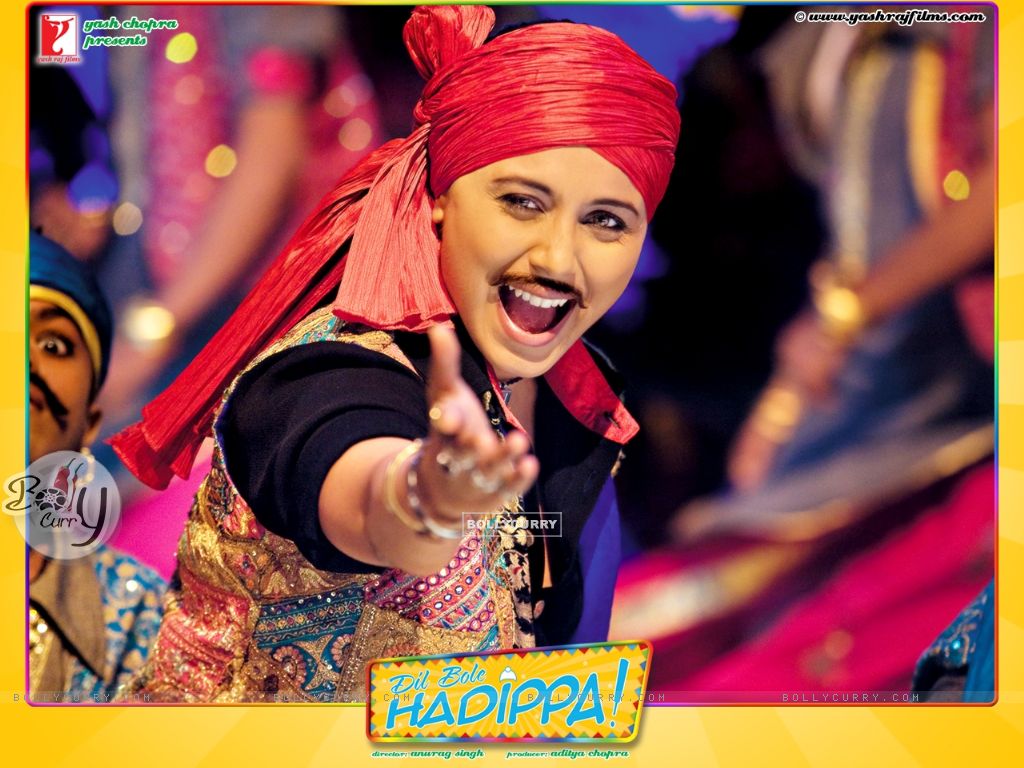 Dil Bole Hadippa is full of taunts and recollections of movies such as Bunty aur Babli, Hum Aapke Hai Kaun, Dilwale Dulhania Le Jayenge, Veer Zaara… Maybe Yash Raj films is trying to make fun of itself, but it is wholly unimpressive. Dialogues are cliched and nothing sticks out as memorable besides the initial buffalo-girl banter between the main protagonists, Veer(a) and Rohan. The screenplay is rough and jagged at times and besides a good 20-20 game towards the end, it just does not flow together. Songs are hastily put in and impede with the already lagging screenplay.

Women’s liberation is a subtle theme that never really threatens to turn preachy. I still don’t know whether that is a good thing or bad. The slight undertones of homophobic panic does not help. If Director Anurag Singh had stuck to just achieving one thing with this movie, it might have worked. He put the whole Yash Raj bag of tricks into one movie and it comes out as a bad recipe which is neither a Chak De India nor a DDLJ. It just doesn’t go down well. Hazam nahi hua.

On to the performances.

Shahid Kapur, a stand-in for Shahrukh Khan, plays Rohan (Raj ya Rahul bhi chalega) in the movie and acts American even though he is supposed to be a British returnee. He doesn’t have much to do in a movie that seems fit to be a re-launch vehicle for Rani Mukerjee, and just impresses with some dance moves and dimples.

The Queen bee, Rani Mukherjee, is on top of her game, quite literally. This time, she not only plays a woman but also a man. There is nothing to criticize about her performance though her get-up as Veer could have been made more convincing. If it wasn’t for the tough challenge to play a sportsman and lose extra kilos, this is another movie that Rani Mukherjee would have sleep-walked through. She seems to have hit a point in her career where she has given her best and there seems nothing more to do. Does no one in Bollywood have a script worthy of her talents?

Rakhi Sawant and Sheryln Chopra are mere caricatures, the former for drama and the latter for some firangi-bashing. Same goes for Anupam Kher and Dalip Tahil.

No one clapped at the end of the movie which is customary for a good Bollywood flick. The audience quietly exited the cinema hall, with nothing much to talk about, let alone cheer.

Shahid and Rani have good chemistry as actors though it is wrapped by a very thanda love story.

Even an actor of Rani Mukherjee’s caliber cannot save a shoddy script from sinking without trace. Besides action, she has done it all–from a college girl in Kuch Kuch Hota Hai to a deaf and blind woman in Black to a cheating spouse in Kabhi Alvida Na Kehna. Sure, she has a recent string of YRF flops–Baabul, Laaga Chunari Mein Daag, Ta Ra Rum Pum, Thoda Pyaar Thoda Magic, but that really has nothing to do with her talent and legions of fans. She gives her all once again, and really this movie is for Rani Mukherjee fans who have sorely missed her on the big screen.

Otherwise save your bucks, download a HD version of the Dil Bole Hadippa remix video, and watch the movie when the TV rights are bought and you have nothing better to do on that evening.