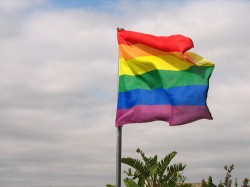 In a show of solidarity between the immigrant rights movement and the LGBT community, MALDEF (Mexican American Legal Defense and Education Fund) President Thomas Saenz, delivered a keynote speech advocating for comprehensive and inclusive immigration reform at the largest conference for LGBT equality, the National Gay and Lesbian Task Force Creating Change conference in Dallas, Texas.

Saenz, who was tapped to head the DOJ Civil Rights Division under the Obama Administration, assumed a leadership role at the Mexican-American Legal and Defense Education Fund last year. He took the platform at Creating Change to express his interest in deepening collaboration and partnership between LGBT and immigrant communities.

The MALDEF President dismissed “pundits who opine freely that the LGBT and Latino communities cannot work together because of the philosophy and beliefs of the Latino community,” stating that this perspective was deeply flawed since the communities are integral parts of each other and overlap consistently.

He elaborated on this, stating that both undocumented immigrants and LGBT people live in the shadows for fear of law enforcement and hate crimes. At the same time, both communities are seen as interested in “single issues,” but are building political power and momentum to influence change. Third, the LGBT and immigrant communities are fighting for inclusion in the 2010 Census, and fourth, the respective groups are also facing a courage deficit in Washington regarding their issues. Finally, Saenz noted that significant portions of the LGBT community and immigrants have been placed outside of the law and denied equal protection. These are all points that merit thought and discussion: can we truly expect to win the struggle for civil rights by failing to support one another?

Last December, Representative Luis Gutierrez excluded the Uniting American Families Act, which would remove discrimination that keeps same-sex partners from gaining citizenship, from his immigration legislation due to the powerful faith lobby. He went further and justified his exclusion by declaring that the LGBT and immigration communities have never had a serious, in-depth discussion. While that comes across as offensive to queer immigrants and exclusion does nothing to help steer us forward, there is some truth in the statement that more conversations need to take place between our marginalized communities; conversations about shared commonalities, sharing ideas, and tools for making real change happen. But the perceived lack of conversation is no excuse for throwing people under the bus, like Representative Luis Gutierrez did with the introduction of CIRASAP and now Senator Schumer is geared to do with his long-overdue bill.

It’s good to see that the National Gay and Lesbian Task Force took the opportunity to include immigration reform on the agenda for change. Papers the Movie — a documentary feature on undocumented youth that explores some crucial inter-sectionalities–will also screen at Creating Change this Saturday.

Thomas Saenz showed leadership and initiative last night with an inclusive conversation for creating change, but he has also demonstrated honesty and support for going in new directions by calling for smaller-scale reforms if a large comprehensive legislation for immigrant rights is not possible this year. In the coming days and months, we hope to see some similar leadership and initiative from politicians who still continue to pay at least lip-service to our outlawed families and communities.