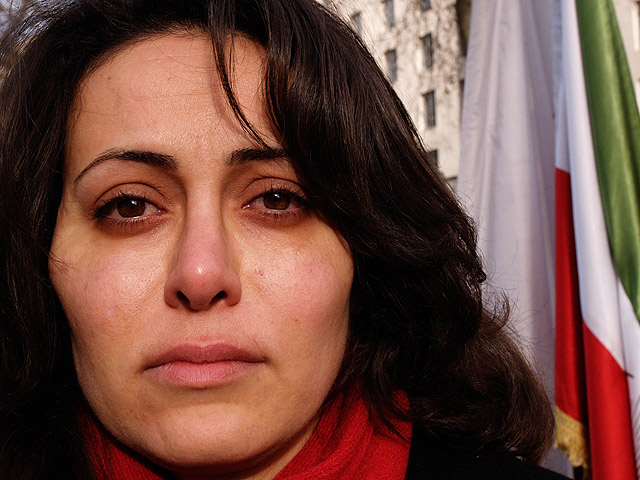 An asylum seeker in the United Kingdom, Bita Ghaedi, conducted a hunger strike for more than a month because she was terrified of being tortured and killed if she is forced to return to Iran. Guess what? She is now being forced to go back by the benevolent British government.

Click here to take action and stop this pending deportation.

The 34-year-old has endured beatings and mental torture at the hands of her family, and could be hunted down and killed by her father, brother, and uncle should she return to Iran. Bita has confirmed that she is “pretty sure it is benevolent, advisable and godly for them to kill me if I won’t be arrested.” Moreover, she has taken part in numerous protests in support of the ongoing campaign for regime change in Iran, including going on hunger strike last summer alongside several other Barnet Iranians. There is no reason to deny her asylum claim.

Yet, despite more than 2700 petition signatures sent to UK Foreign Secretary David Miliband, Bita Ghaedi was violently detained yesterday and is set for deportation this coming Tuesday on April 20, 2010.

U.K. Foreign Secretary David Miliband and MP Alan Johnson have the power to intervene and set things right for Bita Ghaedi. But so far, they have not responded. Miliband is probably too busy campaigning for elections to be held next month. Oddly enough, this is the kind of heat that Labour should avoid right now given they are not doing so well in the polls.

In the meantime, Bita has reportedly launched a dry hunger strike and fallen ill. She has stated that she prefers to die in the UK then get deported back to Iran: “I feel my life is going to be finished. I’m so scared. I can’t sleep during the night … It’s better for me to die here.”

Sign the petition email to Miliband and Johnson to stay Bita Ghaedi’s deportation. If you are in the United Kingdom, take additional actions to place calls and join the demonstration on Monday. You can follow the latest news and actions for Bita Ghaedi on Twitter.