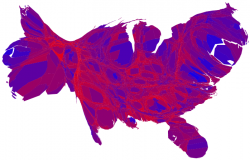 President Obama and the Democratic Party establishment would certainly like immigrant communities to think that they are the party of civil rights for all and that Republicans are acting like obstructionists. But the picture is far more hazy than that.

After all, when did Republicans become the party of racists that hate immigrants? There’s virtually no difference between former Republican President George Bush and Barack Obama in terms of their immigration policies: both Presidents support an earned legalization program with tough border security and enforcement measures while criminalizing immigrant communities with programs such as 287 (g) and Secure Communities.

Think back to the 1960s civil rights era. Democrats, including President Lyndon B. Johnson, are credited with passing crucial incremental bills such as the Civil Rights Act of 1964 and the Voting Rights Act of 1965. But more Republicans supported these reforms than Democrats, by virtue of numbers and geography. 61 percent of Democratic lawmakers voted for the Civil Rights Act (152-96), while a full 80 percent of the Republican caucus supported it (138-34). The primary reason for this is that opposition mainly came from Southern lawmakers who were overwhelmingly Democrat.

A similar geographic alignment may decide how Republicans and Democrats vote on any immigration reform bill, short of partisan politics. The Maine Republicans — Senator Olympia Snowe and Senator Susan Collins — are widely expected to cast affirmative votes in favor of legislation such as the DREAM Act, while Democrats from Southern states, such as Senator Mark Pryor (AK), and states without many recent immigrant populations, like Senator Max Baucus (MO), are likely to need more concessions.

There is indeed, a lack of Republican support for a CIR bill in this pre-midterm election climate, but that also mirrors the unwillingness of Democrats to move forward with anything concrete.

Widespread Latino disenchantment with the Democratic Party provides the GOP a historic opportunity to push forward with legislation that could win over immigrant communities for a long time. Indeed, GOP Senator Richard Lugar is amenable to at least pushing the DREAM Act, something that the Democrat Congressional leadership is refusing to do.