Home »Immigration»Democrats Hanging On to California By a Thread 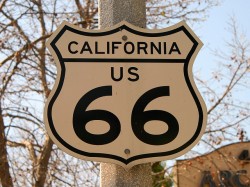 Is the golden state seeing red?

GOP gubernatorial candidate Meg Whitman is leading Democrat candidate governor Jerry Brown in polls. Senator Barbara Boxer (D) is actually trailing Republican challenger Carly Fiorina by 5 percentage points. Republican Governor Arnold Schwarzenegger was largely an anomaly because California has been a state that Democrats could take for granted, but now President Obama has to fly to the West Coast in order to actually campaign for a favorable outcome for both Boxer and Brown. What happened?

Given the state of affairs and widespread voter disillusionment, most Californians probably want to write-in “none of the above.” None of the candidates are particularly exciting. Having a Democrat in office would likely preserve the status quo, but a Fiorina or Whitman victory is likely to make life tougher for immigrant communities in California. Yet, they are leading in polls, much to the glee of the GOP and worry of Democrat voters.

California was not always designated as a Democratic stronghold. Back in 1994, Proposition 187 — a voter-initiative to ban services to undocumented immigrants — was approved by a majority, and supported mostly by Republicans, including then GOP governor Pete Wilson. It was later deemed unconstitutional, but the backlash from immigrant voters, especially Latinos, brought about a severe and long-lasting electoral drought for Republicans occupying the highest level of offices in the state. The GOP learned the hard way that scapegoating immigrants in the state of California was not going to win them elections in the long term. (Arizona should make note of this historical lesson).

Today, as the country gears down for the midterm elections in November, fear and panic is gripping the country. Some Republicans are running for (re)election on a platform to deny citizenship to children born here while others want to put undocumented immigrants in internment camps. But in California, the GOP has tried to avoid immigrant-bashing in order to cut their losses. Meg Whitman is pouring millions into Spanish-language ads to court Latinos across the state of California whereas the GOP party in California has refused to endorse SB 1070.

But it is still an uphill battle for Republicans to gain traction in California. Statewide, only 19% of Latino voters are registered as Republican, compared to 64% registered as Democrats. Most voters still remember Proposition 187, and the nationwide GOP war on immigrants may not help Republican candidates in the state. Right now, Democrats are hanging on to California by a thread that promises to snap at any moment.