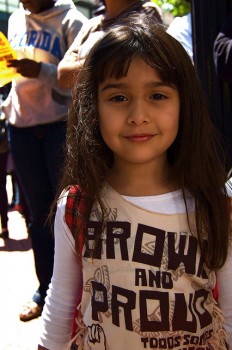 We informed our readers recently that Arizona faces seven lawsuits for its controversial new immigration law that makes illegal status in the country a crime and encourages racial profiling. One of the lawsuits, filed by a law enforcement officer, has been dismissed by a federal district court.

In Escobar v. Brewer, law enforcement official Escobar contended that SB 1070 would force him to rely on racial profiling in order to enforce the law, thus violating the privacy and due process rights enshrined in the United States Constitution. The federal district court did not deny the charges. It dismissed the lawsuit on procedural grounds, holding that Escobar lacked legal standing to bring suit against the new law, since he could not prove harm to himself as a law enforcement officer.

The dismissal of this lawsuit does not bring the number down to six. As fellow Immigrant Rights blogger Gabriel Garcia informs us, the Department of Justice has filed a new lawsuit against Arizona, suing Maricopa County Community Colleges for violating the Immigration and Nationality Act. It does look like Arizona will be embattled with lawsuits for some time to come.

While the most controversial aspects of SB 1070 were enjoined by Judge Bolton in the same federal district court, other parts of the law remain in effect, including a ban on so-called sanctuary cities and the criminalization of hiring undocumented day laborers.

I hope that has brought down the number of unemployed citizens and legal residents in Arizona, given that undocumented immigrants are so often purported to steal jobs from Americans, but I doubt it has had any extensive effect beyond striking both fear and resistance into certain parts of the immigrant population in Arizona and giving Governor Jan Brewer increased stature to win the upcoming elections.