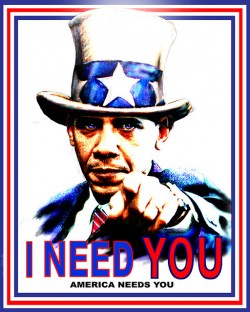 The first half of 2010 was a tough legislative year for immigrant rights. While undocumented youth may have scored some symbolic victories through escalated actions, state legislatures enacted some of the toughest immigration laws in recent times. Latina counts that 44 state legislatures enacted 314 immigration laws and resolutions, most of them were undoubtedly anti-immigrant. While Arizona has taken a lot of criticism for SB 1070, other states with similarly harsh measures escaped public condemnation and scrutiny. States increasingly crafting their own immigration laws and creating a patchwork of different laws in 50 states is precisely why we need comprehensive immigration reform from the federal government.

Nebraska: Signed into law last year, LB 403 went into effect this year, requiring mandatory e-verify from state and local governments. The law is designed to waste millions in ensuring that undocumented immigrants do not receive public benefits. On a local scale, the city of Fremont barred businesses from hiring undocumented immigrants and prohibited landlords from renting to them. Governor Heineman has stated that he would like to push for a law similar to SB 1070 if re-elected this Fall. Things have certainly changed since Republican Senators a decade ago banded together against the enforcement of federal immigration laws in the workplace.

Oklahoma: This state has had an Arizona-type immigration law on the books for quite a while called the Oklahoma Taxpayer and Citizen Act. Besides asking officials to verify immigration status based on reasonable suspicion, the legislation sought to ban undocumented immigrants from accessing public benefits. But it turns out that even after spending millions in enforcement, it had minimal impact because undocumented immigrants were not seeking public benefits in the first place. Oklahoma was, however, successful in creating a climate of fear in Latino communities, and maybe that was the real purpose of the legislation.

Mississippi: The Mississippi Employment Protection Act makes it a felony for undocumented workers to accept work in the state with a penalty of up to five years in prison and a $10,000 fine. For employers, the penalty is a little less severe: loss of eligibility for state contracts for up to three years, along with some civil fines. The law also demonstrates the hypocrisy of America with regards to undocumented immigrants. There is no liability imposed on individual homeowners who hire undocumented immigrants for non-commercial work such as gardening and baby-sitting. Apparently, Mississippi can only tolerate immigrants at the lowest rungs of the social ladder and not in direct competition with them in the workplace.

Word is out that even states like California may see a ballot initiative in the near future that seeks to implement anti-immigration attrition laws in the state. The recent anti-immigrant laws in the states above are a result of a new wave of immigration sweeping that country that can neither be characterized as black nor white. Historically, this country has not treated racial and ethnic differences with the most tolerance, so it may be a while before things simmer down and people realize what is fundamentally true: besides the white massacre of indigenous peoples, immigrants have always been good for the growth and prosperity of America.