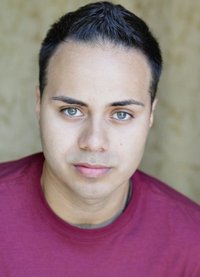 On a September morning, just before dawn, ICE came knocking on Fredd Reyes’ door. It was 5 am and Fredd was asleep after a long night of studying for his exam at Guilford Technical Community College that very same day. Instead of taking his exam, Fredd was rudely awakened from his sleep, handcuffed by Immigration and Customs Enforcement (ICE), and taken from his North Carolina home to North Georgia Detention Center. He was then transferred to the Stewart Detention Center in Lumpkin, Georgia, which is quite infamous for corrupt and inhumane immigrant detention practices.

Twenty-two years ago, Fredd’s family fled their native Guatemala in the face of death threats and persecution. Needless to say, they haven’t been back since. Despite the clear danger they faced back in Guatemala, an immigration judge denied their bid for asylum in 2000.

Fredd worked hard and earned his Associates Degree from Davidson County Community College and transferred to Guilford Tech to continue his education. As a result, he is eligible for the federal DREAM Act, which would give undocumented youth like him a pathway to citizenship, expected to come up for a vote in the House and Senate before the end of this year. Fredd aspires to utilize his acting and singing skills to become a professional actor and renowned singer, and he’s quite good (see video below). He is neither a criminal nor a threat to this country, and completely undeserving of detention, let alone deportation from the only country he calls his home.

Like others who have faced the injustice of our immigration system and the Stewart Facility, Fredd has the potential for an approved green card awaiting him on the other side of the walls that now deprive him of his freedom. The only thing stopping him from being at home with his family during Thanksgiving is a stubborn refusal to open his case.

No family should be ripped apart due to the failure of Congress to pass immigration reform or the DREAM Act in due time. Don’t deprive a family of their son this holiday season. Take action now to bring Fredd home for Thanksgiving.