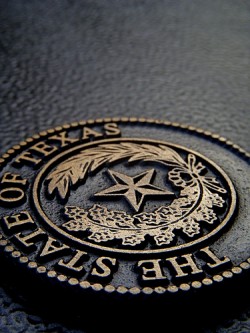 Texas State Rep. Debbie Riddle (R-Tomball) could not wait till the ink was dry.

The Republican leader of the Texas legislature filed not one, but six different anti-immigrant bills in the first hour of the filing period for the 2011 session. The message is clear and abundant: Texas is about to embark on a war against Latinos.

House Bill 16 would require voters to present photo identification or two forms of non-photo identification before they are allowed to cast ballots. It stops just short of Proposition 200 in Arizona requiring proof of citizenship in order for people to vote, which was recently struck down as unconstitutional by the Ninth Circuit. HB 17 treats the lack of immigration status in the United States as a criminal offense and lays out punishments for the new offense. HB 18 punishes sanctuary city policies. HB 19 penalizes driving on a highway without a Texas drivers license.

Riddle does not stop there. HB 21 aims to track the local and state agency expenditures on undocumented immigrants. A non-partisan study confirmed that undocumented immigrants are a net-benefit to the Texas economy. It is no surprise that the legislation does not account for the benefits and income accrued for the state by undocumented populations. And finally, HB 22 requires school districts to turn into immigration agents and inquire about the immigration status of all K-12 students.

Texans must stand up against these anti-immigrant proposals. The right-wing GOP legislator defends her bills, saying that it is a response to the growing threat of Mexican and Latin American gangs in Texas. What does gang violence have to do with immigration status, and especially undocumented students? A century of study shows that crime rates for immigrants are much lower than for U.S. citizens. It is dangerous to conflate the violence from drug cartels to the plight of undocumented immigrants, but that is precisely what Riddle and other GOP legislators in Texas will do in the coming months. We should all expect to hear about “spillover violence” from an insecure border and the ominous Mexican bogeyman will be back as a murdering, drug-dealing undocumented immigrant.

The stage has been set for the showdown, and it looks like the Democrats in Texas have no spine to stand up to the challenge. Right-wing perpetuated fear and hatred is taking our country back in time. But maybe Texas, a state that is 37% Hispanic and votes mostly for the GOP, needs to wake up to the anti-immigrant tsunami taking over the country. It may be time to draw some new battle-lines and remind the Latinos in Texas that the GOP is not on their side.