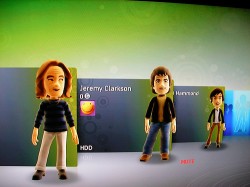 UPDATE: Yesterday we reported that the hosts of a BBC car show had referred to Mexicans as lazy, feckless, flatulent and overweight. In less than a day more than 1000 Change.org members demanded an apology. Now the BBC has apologized… well, kinda…

Top Gear has struck quite a low gear this time around.

Recently, the hosts of the popular BBC car show let loose quite an offensive tirade against Mexicans. Apparently, according to Top Gear hosts, cars represent national characteristics and no one should get a Mexican car because Mexicans are lazy, feckless, flatulent and overweight, favoring blankets and sleeping. One can safely conclude that British cars have a tasteless sense of humor.

“Just imagine waking up and remembering you are Mexican,” said Top Gear host Richard Hammond, groaning at the horrifying prospect.

“You could just go back to sleep again,” replied Jeremy Clarkson.

Tell the BBC that this type of humor is unacceptable.

Don’t take my word for it. Watch it for yourselves. BBC actually took down the initial videos making waves on YouTube for “copyright violations.” We know why they really took it down.

For these popular hosts to imagine themselves as Mexicans must be quite tough. They did not stop there. On the same show, they extolled Caucasian-made Italian and German cars, in stark contrast to the Mexican car on the screen. The audience laughed along.

The icing on the cake is that the Top Gear hosts were confident that people would not complain, especially the Mexican Ambassador to the UK, who they stated would be asleep on the job. Their defense is probably that they were just joking but these jokes are anything but funny. They reinforce negative stereotypes and cast a particular nationality as simply less worthy when compared to their European counterparts.

Mexico is also not impressed. Mexican Ambassador Eduardo Medina-Mora has urged the host Hammond, the show presenters and the BBC, to apologize for  the offensive remarks.

I urge you to do the same. Tell the BBC and Top Gear hosts that this type of humor is unacceptable on the network.