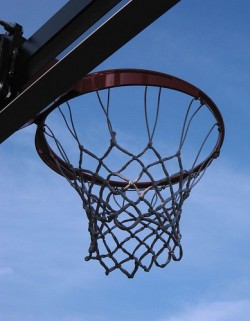 The state of Florida has not passed their version of the Arizona “papers please” law yet, but Florida students are already bearing the repercussions.

The Florida High School Athletics Association has decided to sanction the No. 1 ranked Dr. Michael M. Krop Senior High School boys basketball team because one of the players does not seem to have the proper immigration paperwork.

Eighteen-year old Brian Delancy, who was born in the Bahamas, is said to be missing his I-20 form, a student visa giving international students permission to attend school in the United States. Of course, according to the laws of the United States as set out in Plyler v. Doe, no one can be denied the right to a K-12 education regardless of immigration status.

According to the Executive Director of the Florida High School Athletic Association, Mr. Roger Dearing, the rules are pretty clear. Participating in athletics is a privilege and not a right. Students who do not meet the eligibility criteria cannot participate.

High school is a critical period in teenage lives and immigration status should have no bearing on eligibility to compete in something as basic as a basketball game. To institute policies of exclusion based on immigration paperwork at the high school level signals a move towards separate and unequal policies.

Krop has until today to prove that the senior guard is eligible or might have to forfeit every game the talented Brian Delancy played in this season. Since Delancy has played in most games, it means that Krop would undoubtedly forfeit much of the season.

There is no legal precedent that bars the Florida High School Athletic Association from declaring Brian Delancy ineligible and sanctioning the team. However, Delancy has the option of seeking an injunction against the state high school athletic association, its commissioner, and the principal of the high school to prevent the association from declaring him ineligible to play because of his immigration status.

Delancy’s immigration status or paperwork has absolutely no bearing on his talent as a basketball player. Both Delancy and Krop should not be held accountable for Congressional failure to pass comprehensive immigration reform. Ask the Florida High School Athletics Association not to discriminate on the basis of immigration status.