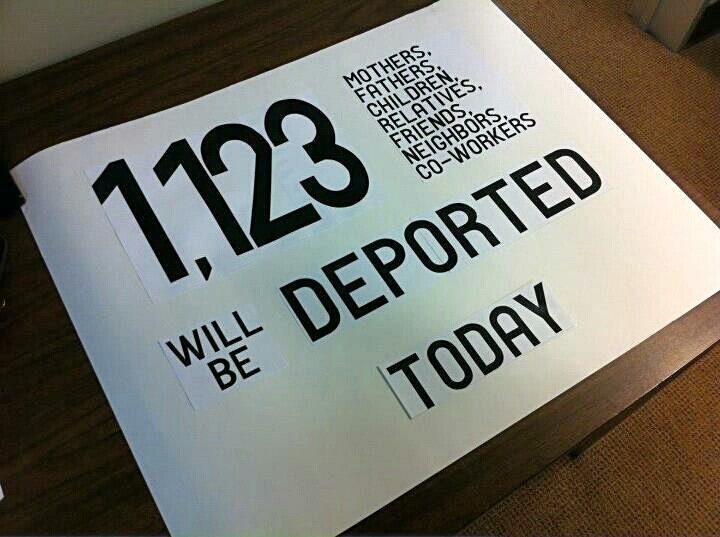 During his much-awaited immigration speech in Las Vegas, the President spoke, in part, of fixing the legal immigration system such that “if you are a citizen, you shouldn’t have to wait years before your family is able to join you in America.” This sounds simple enough. Current family-based visa categories are incredibly backlogged and prevent legal immigration to the United States, while increasing unlawful presence of people who simply want to be with their families.

However, despite his welcoming rhetoric, the Obama Administration has actively pursued policies diametrically opposed to resolving the crisis of legal immigration. In addition to carrying out a record-high number of deportations, the Obama Administration has carried out an assault on the children of lawful permanent residents and U.S. citizens by depriving them of their place in line, contrary to the rule of law.

Imagine having a U.S. citizen family member sponsor your parents for the elusive green card. The petition gets approved, and you get placed in a long line along with your parents. Slowly but steadily, over a decade or longer, you make your way to the front of the line and your parents gain permanent residence after a long wait. While waiting in line with your parents, you do everything right: you comply with the law, receive an education, pay your taxes, and in many cases, wait patiently outside the country. However, by the time you reach the front of the line, you are over 21 years old and have therefore, “aged out.” As a result, you do not get your green card. Instead, you get slapped with a Notice to Appear in immigration court for your removal proceedings. If you are abroad, you get told that you need to wait another decade to join your family and start over again at the back of another line. If you get married during this minimum two decade wait, you may never be able to immigrate.

This is my reality and the reality of thousands of young immigrants who grew up in this country or are waiting in line in their countries of origin. We are separated from our U.S. citizen and lawful permanent resident parents and family members. Although President Obama has implemented administrative fixes such as deferred action for childhood arrivals and the provisional unlawful waiver program, the Administration continues to pursue policies that make it harder for American families to stay together. In this case, the Administration’s actions are contrary to the rule of law that provides for family reunification.

More than ten years ago, in 2001, Congress passed the Child Status Protection Act (“CSPA”) to address the lengthy separation endured by children of U.S. citizens and lawful permanent residents. The legislation, which was signed into law by former President George W. Bush, allows children who have reached the age of 21 to keep their place in line under another visa category, eliminating the need to wait twice as long as everyone else for an immigrant visa. That seems fundamentally fair. And yet, since 2001, the government has fought tooth and nail to avoid following this law.

Through the Department of Justice (“DOJ”), the Obama Administration is fighting CSPA by arguing that it is ambiguous and may only apply to a limited number of children who aged out of line. Yet, not a single federal court of appeals in the country agrees with the Obama Administration concerning the ambiguity of the legislation. Undeterred by this strong opposition, last week, even while many rejoiced the Senate reaching a bipartisan consensus on immigration reform, the DOJ decided to appeal and effectively stay the implementation of a Ninth Circuit Court decision (de Osorio v. Mayorkas), which would have required the Administration to fully implement the CSPA immediately for all children who have aged out of line. The Obama Administration’s position is contrary to the plain meaning of the legislation, which suggests that it applies to all children who age out.

The Administration’s limited vision for our immigration system through their narrow interpretation of CSPA should set off warning bells in the ears of immigration advocates who are pondering the Senate bipartisan blueprint and the President’s blueprint for immigration reform. It clearly means that just because Congress passes a law does not mean an agency will implement it as it is supposed to be implemented.

Nowhere is this warning more relevant than the Senate blueprint for immigration reform. The Senate blueprint includes a trigger mechanism mandating that undocumented immigrants who get in line as “lawful probationary immigrants” may only receive green cards after the border is certifiably secure. Senator Schumer (D-NY) has clarified that whether the border is secure is up to the Secretary for the Department of Homeland Security. However, the decade-long CSPA debacle serves as a lesson to advocates and reformers that leaving things open for agency interpretation, especially the interpretation of the DHS, may not serve to reform the system in the long run.

If the Obama Administration is truly concerned about revamping the legal immigration system, it should urge Congress to increase the allocation of visas such that it never, for instance, takes 22 years to immigrate to the United States legally to join one’s U.S. citizen parents. Congress needs to clear visa backlogs immediately through the allocation of more visas for the unmarried sons and daughters of U.S. citizens and lawful permanent residents. In the meantime, the Justice Department should be compelled to drop its appeal of the Ninth Circuit Court’s decision in de Osorio v. Mayorkas, as it is contrary to the Administration’s pursuit of immigration reform.

It is high-time for the Obama Administration to practice what it preaches, and prevent the lengthy separation of American families. It is not only the right thing to do. It is the legal thing to do.