Home »Immigration»What if a Muslim Had Taken Hostages at Discovery Channel? 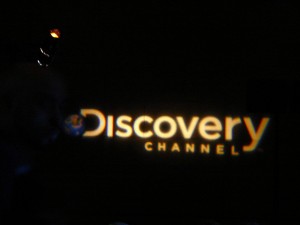 When white men like Joseph Stack run their plans into federal buildings, they are insane and suicidal. When Timothy McVeigh blew up a  federal building in Oklahoma City, no one dared to say that his actions reflected the collective thought and behavior of all Caucasians. But Allah forbid, a Muslim male takes over a building. All hell would break lose against everyone perceived as a Muslim in America.

Interestingly, an Asian-American male taking hostages in a building does not spark the same irrational collective fear and hatred in the hearts of Americans as a Muslim army officer would for opening fire on some troops. This is not to say that the media is treating the Discovery Channel gunman James Lee in the same way it would a white male like Joseph Stack.

No, James Lee was acting out of a hysterical radical environment agenda that had nothing to do with his ethnicity or religion. His individual actions and manifesto will be used as a weapon against pro-environmental groups to discredit their claims. Watch out Al Gore! But we won’t view all Asian-Americans with the same contempt and suspicion that is faced by Arab-Americans and South Asians in America.

If a Muslim of Arab or Asian descent committed such an act, the entire community would be held responsible. They hate us. They also hate our animals. They shall not have a mosque (rather, a cultural center) anywhere near a wildlife refuge. They must be put into internment camps. And insert other moralistic oversimplifications here.

Mainstream media reports and blogs mostly refer to Discovery gunmen James Lee as “wacko” and “crazy” instead of extending the culpability of his actions to all Asian-Americans. He acted alone and irrationally. There is no rationality in his actions, and hence no blame is extended to any particular ethnic group or religion. But is there a connection based on mental health issues between the actions of James Lee and that of Seung-Hui Cho, the Virginia Tech gunman who killed over thirty college students in 2007?

Angry Asian Man would decry any such connection. Reappropriate draws a comparison that goes beyond ethnicity to draw out attention to how themes like alienation and oppression resonated with both gunmen. Of course, there is little chance that a happy-go-lucky person who is mentally healthy would take anyone hostage. James Lee had death-wish of sorts, and our job is to make sure that seeking help is not a stigma.