Home »Immigration»Top 5 Morons of the Week for Immigrant Rights 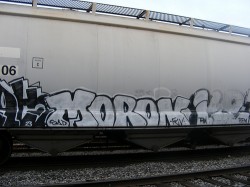 Last week saw highly unusual anti-immigrant behavior. Maybe it can be explained by 4/20 or climate change, but if there is any doubt that this country needs a completely new discourse on immigrants and immigration reform, these offenders can put those doubts to rest:

5. California Representative Brian Bilbray was on Hardball with Chris Mathews and asked to clarify how law enforcement officials could judge whether someone was undocumented and he had this enlightening information to share with us: “They will look at the kind of dress you wear, there’s different type of attire, there’s different type of … right down to the shoes, right down to the clothes. But mostly by behavior it’s mostly behavior…” I didn’t know we could spot undocumented immigrants by their clothes, let alone shoes! In response to Rep. Bilbray, Flavia Isabel over at DreamActivist hits the nail right on the head when she asks, “What do racists wear?”

4. Anti-immigrant groups like California Population Stabilization (CAPS) and NumbersUSA never give up trying to link everything from global climate change to over-consumption of natural resources on immigrants. This past week in “celebration” of Earth Day, NumbersUSA President, Roy Beck, tried to spread his message of hate: “Thursday is the 40th Anniversary of the first Earth Day — and a grim reminder of how immigration has undercut virtually all environmental progress.” Of course, none of these anti-immigrant groups who are seem so concerned about the environment do any real programmatic work towards green causes.

3.  William Gheen was laying low for a while and we were quite disappointed with the absence of comic relief, but he delivered with a new tactic to stop politicians from supporting immigration reform: asking Senator Graham to “come out” of the closet. Maybe Gheen gained his inspiration from the undocumented youth National Coming Out of the Shadows Week, but his goal was to smear Senator Graham as gay in order to make him less appealing to the right-wing. The effort fell flat and Jon Stewart took care of it for us. Gheen, a word of advice: you may get away with hating immigrants but homophobia won’t bring you any new fans.

2. But some politicians need to get re-elected, so they will do just about anything to get the votes. Senators Jon Kyl and John McCain of Arizona introduced a bill to send 3000 troops to the border, build 700 miles of fence, and increase Customs and Border Patrol agents. Also, John McCain appeared on the O’Reilly Factor in support of SB 1070 and declared that undocumented immigrants knowingly cause accidents. “It’s the drive-by that  — the drivers of cars with illegals in it that are intentionally causing accidents on the freeway,” he said. That doesn’t even make any sense. Would someone escort McCain home so he stops being an embarrassment to himself? We hear medicinal marijuana was legalized in D.C. so maybe McCain and Kyl can both put it to good use as a cure for their insanity.

1. It is not just their Senators who are beating the war on immigrants drumbeats. Dear Arizona, State Senator Russell Pearce, and Governor Jan Brewer, what is wrong with you? After delivering a bill that legalizes racial profiling, which is supposedly supported by 70 percent of likely voters in Arizona and signed into law, the Arizona House legislature also approved a Obama-Show-Me-A-Birth-certificate bill, which would require all Presidential candidates to produce a birth certificate before they could be placed on the ballot in the state. Maybe Arizona is doing us all a favor because with the recent spate of events, there is little doubt about the need for federal action on immigration reform.