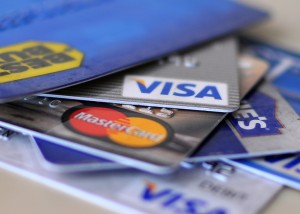 Welcome the era of credit card profiling. Credit card companies once used data mining techniques to monitor credit transactions for theft. Now, though, they’re turning to such tactics to identify “risky” consumers and slap them with high interest rates and credit reductions. Not coincidentally, many of those consumers are black.

A new report released by the Federal Reserve Board indicates that lenders report using the location of purchases, type of purchases made and the identity of a mortgage lender to make negative credit changes to borrower accounts.

These practices almost falls in the ballpark of credit redlining, because racial and ethnic minorities are more likely to shop at “risky” businesses such as casinos, pawn shops, thrift and discount stores. Buying used parts is seen as a risk signal, as is having a mortgage lender in a zipcode that’s home to lots of foreclosures. And as predatory financial institutions would have it, because many foreclosures are also in communities of color, living in a minority neighborhood can also literally be bad for your credit.

In minority neighborhoods — once flooded with predatory lending practices and unaffordably high interest rates — another study shows that of late, lending has declined at a disproportionately swift rate. For example, in minority communities, the availability of refinance loans has dropped 68% in recent years, compared to a 23% drop in neighborhoods that are predominantly white. And because most racial and ethnic minorities can’t salvage their homes by getting credit to move to “better neighborhoods,” credit companies continue to mark them as “at risk” consumers.

Of course, there are limits to data-mining. Credit card companies, for example, can’t collect racial or ethnic information from borrowers. But it turns out that just having their zipcode is enough. Using U.S. Census tract data, a 2008 Boston Fed study by economist Ethan Cohen found that credit card applicants living in black neighborhoods were less likely to get credit cards than applicants living in white areas — even if they had the same credit history.

The credit system presents consumers with a catch-22. In order to escape profiling, a person can’t use cash at all times, because doing so won’t build the credit needed for big-ticket items such as cars and home mortgages loans. Left with no alternative, everyone has to get into debt in order get a credit rating. And now it turns out that everyone has to be subjected to credit card companies’ racial profiling in the process, too.