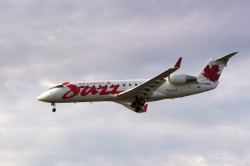 On July 4, 1776, delegates to the Second Continental Congress in Philadelphia adopted the Declaration of Independence to create the United States of America, so that the colonies could be free from British rule. They launched a modern-day experiment of a Republic based on the ideals of freedom, liberty, and justice for all.

Two hundred thirty-four years later, the U.S. is still a laboratory of great ideas with daily experiments on how to live up to the spectacular words of equality and justice enshrined in the Declaration of Independence. Even though “we hold these truths to be self-evident that all men are created equal and endowed by their Creator with certain inalienable rights” the truth is not so evident for many and certainly not for those deemed “illegal” in the United States.

Today, a dear friend — Chan — decided to leave the U.S. in order to pursue her dreams of freedom and liberty elsewhere. Chan was born and raised in Brazil and lived in the Bay Area for over seven years. Her parents are legal permanent residents of the United States, but Chan was denied adjustment of status because she was over the age of 18 when papers were filed on behalf of her mother. This aging is an arbitrary and capricious injustice that demonstrates just one of the ways in which immigration laws separate law-abiding families into categories of legal and illegal.

Despite that setback, Chan still paid out-of-state tuition to attend and graduate from the University of California Berkeley with highest honors. She would have been eligible for the DREAM Act (should it pass) had she chosen to stay and wait in a perpetual limbo, but Chan decided to take control of her life and guide it towards another destiny. She received a full-tuition scholarship to pursue graduate studies at a top Canadian university and jumped at the chance to finally be treated as a human being with full inalienable rights, something the United States failed to grant her during her lifetime here.

As the daughter of Chinese immigrants in Brazil, Chan witnessed and experienced the struggles of immigrants in both Brazil and the United States. She saw how cultural and language barriers prevented even the most hardworking from successfully adapting, and worked hard to change immigration laws that prevented high-achieving students from becoming active members in society.

After graduation, Chan worked for social justice as a teacher of at-risk youth in San Francisco, as a writer with ethnic media such as AsianWeek.com and New America Media, and as a community organizer with ASPIRE (Asian Students Promoting Immigrant Rights through Education), an API immigrant group housed at the Asian Law Caucus in San Francisco. She wrote passionately about how immigration was not just a Latino issue and served as a role model for other immigrant Asian American and Pacific Islander students who faced stigma as a result of their parenthetical status in the immigration debate.

Migration to the United States is the sincerest form of flattery for the country. Emigration of educated, hard-working young people like Chan is a brain drain that the United States cannot afford to endure for long. We wish Chan all the best and that today marks a great day of independence for her and all immigrants who have chosen to pursue their dreams of freedom and liberty, here and abroad.