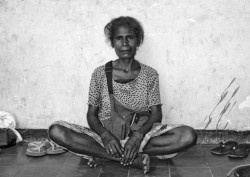 Can women constitute a particular social group for the purpose of asylum claims?

The question may sound ridiculous, since we already grant asylum claims based on female infanticide. The Obama Administration also extended political asylum to women who suffer domestic abuses. But due to the status quo patriarchy of international refugee and asylum law, sex or gender-based violence is tacitly accepted and not included as a protected class, such as nationality, race, religion, political opinion, and membership of a particular social group. Hence, persecuted women are often forced to base their asylum case as “membership in a particular social group,” and as a result, often fail at obtaining relief.

According to the Board of Immigration Appeals (BIA), women — as a particular social group without any other definable characteristic such as infanticide or domestic violence — cannot have asylum claims as the demographic is too broad to represent a recognizable social group. Never mind the fact that gender-based is quite recognizable.

The Ninth Circuit Court of Appeals is now questioning the narrow application of asylum law as it pertains to violence based on gender. In Perdomo v. Holder, the Court overturned a deportation order for a Guatemalan woman who had requested asylum because she feared returning to her country due to its high murder rate for women.

Lesly Perdomo, who arrived in the United States when she was only 15 and lived here for close to 20 years, was denied asylum by USCIS and the BIA. The BIA determined that  “women between the ages of fourteen and forty who are Guatemalan and live in the United States” is too broad to qualify as a protected social group.

The Ninth Circuit found that the BIA decision was inconsistent with its own precedent and asked the agency to consider whether women in a specific country, lacking any other defined characteristic, can constitute a particular social social group deserving reprieve from violence and terror.