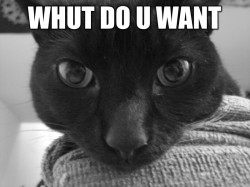 Opponents of immigration reform are showing their true colors by slamming a leaked memo from the United States Citizenship and Immigration Services (USCIS) that explores possible corrective administrative changes to the status quo immigration system in the absence of comprehensive immigration reform.

Alejandro N. Mayorkas, the current director of USCIS, outlines several positive ideas in the 11-page memo, intended to promote family unity, increase economic growth, and prevent the removal of certain individuals from the United States. These include providing people with Temporary Protected Status (TPS) a pathway to legal residency, expanding the use of parole for humanitarian relief and public interest,  decreasing the outrageous standards for extreme hardship, possibly deferring the deportations of DREAM Act youth and long-time non-criminal residents of the United States, and a slew of other measures aimed at helping skilled and educated immigrants remain in the United States.

These are just some changes that USCIS has the right and authority to pursue as an agency, which would streamline several cases, save taxpayers millions of dollars in lawsuits, and help Department of Homeland Security officials focus their efforts on truly protecting the country.

The memo, just an outline of ideas, was leaked by a GOP insider to derail any possibility of fixing flaws in the present system. GOP Senators took the Obama Administration to task right away, accusing him of planning an amnesty behind their backs — a rather hyperbolic accusation considering the memo outlines no such plan. Given the gridlock in Congress, there’s nothing wrong with trying to fix immigration procedures while working within the law. The hyperbolic cries of “shamenesty” from right-wing extremists prove that their opposition to immigration reform has never been about following the law of the land. They simply hate immigrants that look different from them.

The hot air from the right denigrating the memo as a backdoor amnesty is intended to derail discussion for reform and relief. Any move to fix the badly shattered immigration system — even help for legal immigrants and skilled workers — is “amnesty” and must be rejected. It is no coincidence that the memo was leaked at a time when the Democratic leadership is considering the DREAM Act and AgJOBs in the absence of support for a comprehensive legislation.

While Obama remained silent, USCIS came out with a statement that internal memos should not be mistaken for official policy and that DHS would not grant deferred action to the entire undocumented population. Furthermore, the agency stands by the idea of a comprehensive immigration reform to fix the loopholes and injustices in the system.

Reading through the memo, it’s heartening to see USCIS admit that it “deceives individuals into triggering their own inadmissibility.” In the least, Mayorkas knows that the system is broken and probably even suicidal to use the words of Mayor Bloomberg, and there are things that can be done administratively while acting within the bounds of the law to help our families and communities. The memo is not proposing anything illegal and nowhere near unconstitutional, unlike the right-wing desire to ban birthright citizenship and implement racial profiling laws like SB 1070.

The GOP needs to figure out its long-term strategy. A healthy majority of Americans support immigration reform. The momentum is on the side of those heckling to pass incremental reforms. As a party, Republicans are on the losing side of history as they alienate more people and especially Latinos, who are the fastest growing voting bloc.