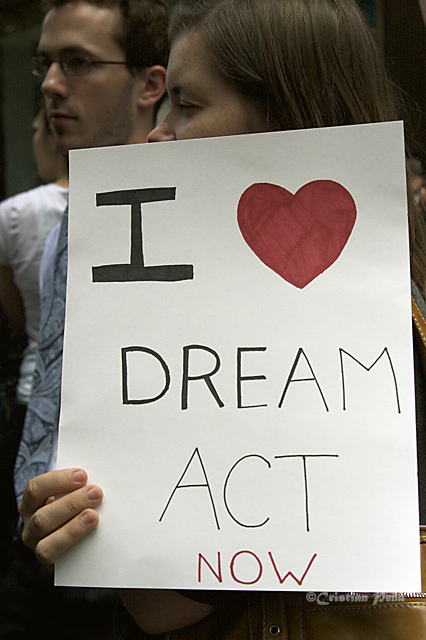 A new study conducted by the Migration Policy Institute has revealed that slightly more than 2.1 million unauthorized immigrant youth and young adults could be eligible to apply for legal status under the federal DREAM Act. But authors Jeanne Batalova and Margie McHugh estimate that only 38% — or 825,000 — of the 2.1 million potentially eligible DREAM Act beneficiaries likely would gain permanent legal status.

Lack of English proficiency, state policies against granting in-state tuition to undocumented students, being part of the workforce, and poverty serve as some of the barriers to legalization even if the act is made into law.

Despite these shortcomings, the report extols the value of the DREAM Act and recognizes the legislation as a powerful incentive for young immigrants to obtain higher education — one of the primary groups that are under-served and under-represented in higher education.

According to the analysis, enactment of the DREAM Act would:

Besides poverty and lack of English proficiency, differences in how states deal with educational services for undocumented students would likely become a key factor in determining prospects for legalization. The report can only attest to calculations for Hispanic beneficiaries and three-quarters of these potential DREAM Act beneficiaries reside in 10 states — led by California with 553,000 (or 26% of total); Texas, 258,000 (12%); Florida, 192,000 (9%); New York, 146,000 (7%); and Arizona, 114,000 (5%). Given that California, Texas, and New York have in-state tuition policies, at least 50% of Hispanic DREAM Act beneficiaries should have access to tuition breaks.

The MPI study is also one of the few publications that recognize the benefit of the DREAM Act to adults over 35 due to retroactive provisions. But for adults over 35 to qualify for the legislation, they would still need to be long-time residents living in the United States since they were under the age of 16.

From the study, there’s little doubt that the DREAM Act would increase Latino college enrollment. We hope future studies can cast a wider net and evaluate a more diverse portion of DREAM Act beneficiaries, many of whom are Asian-Americans.