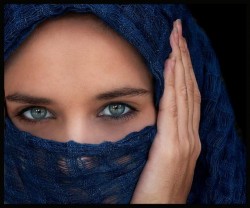 Back in the day, the Ku Klux Klan used to train dogs to attack African Americans. Now, in 21st-century America, some Tea Party members are planning to use the same intimidation tactic against Muslims.

That’s right. They’ve decided they want to fight Al-Qaeda — by attacking mosques with dogs. It’s certainly a cheaper strategy than the war in Afghanistan, though probably just as useless.

TPM reports that California Tea Party protesters who are opposing construction of a local mosque in Temecula are telling supporters to rally outside the place of worship on July 30 with dogs. Because, apparently, Muslims hate dogs.

Or something like that. Actually, the Koran says nothing about hating dogs (though some Muslims may consider dogs to be unclean animals). The California Tea Party was probably inspired to use this strategy after seeing images from Abu Ghraib that show dogs being used to torture prisoners. You see, because prisoners in Abu Ghraib objected to dogs attacking their genitalia, all Muslims must hate dogs.

Why are Tea Party protestors taking their cues from Abu Ghraib? As CAIR-LA Executive Director Hussam Ayloush says, “Californians of all faiths should repudiate those who would target a house of worship using tactics specifically designed to cause offense. Meanwhile, national and local Tea Party leaders “should explain why their movement has apparently deviated from its agenda on fiscal responsibility and limited government to the promotion of Islamophobia.”

If a group of tea-baggers and other loony protesters were targeting the construction of a new church or synagogue, mainstream media and leading politicians would be speaking out against them. Alas, standing up for the rights of Muslims is an unpopular act.

Other Islamophobic incidents nationwide indicate a growing level of anti-Islam sentiment in American society. And yet plenty of people are continuing to deny such Islamophobia exists.

Would we see this kind of indifference if we were talking about, say, anti-semitism? Probably not. The fact that the term “anti-semitism” is used only to describe hatred towards Jews — even though Arabs are speakers of a semitic language, as well — further illustrates how anti-Arab and anti-Muslim bigotry is somehow more acceptable in U.S. society. When it comes to Muslim-bashing like what we’re seeing from the Tea Party, maybe it’s time to call it anti-semitism, too.