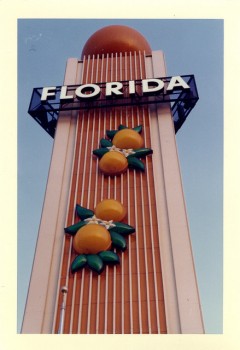 Say goodbye to the Republican party in Florida.

Florida Attorney General Bill McCollum is leading the effort to make Florida the next police state. Inspired by Arizona, McCollum — who is running for Governor — has proposed legislation that will require Florida law enforcement officials to check the status of “reasonably suspicious” undocumented immigrants during a routine stop or another violation of law.

Currently, state and local law enforcement officials are allowed to make such checks, but not required to do so. McCollum has stated that the law would forbid racial profiling; however, “reasonably suspicious” does make brown skin a proxy for criminality merely based on the projection of Hispanics and Asians as perpetual foreigners.

The proposed law goes further than the one passed in Arizona. Undocumented immigrants who commit a crime would face sentencing enhancements, meaning more time for the same crime.  Every non-citizen would need to carry papers or face time in jail. Hypothetically then, more people would spend time in jail or detention for longer periods on taxpayer dollars and the new proposal would pour money into the coffers of private prisons.

Of course, nothing in the proposed law does anything to fix the many reasons why immigrants choose to come here without papers, but this is not about cultivating a serious conversation or policy change. It is pandering to electorate fears about the economy by scapegoating immigrants.

It seems like McCollum is taking pointers from Governor Jan Brewer in Arizona on how to scapegoat immigrants in order to win an election. On the same day that he proposed this novel idea, polls showed him pulling ahead in the race for Governor. He may think that his new stance gives him some more votes in the primary, but the GOP candidate for Governor also faces backlash from the large numbers of Latinos during the general election and opposition from members in his own party, notably Hispanic Republicans.

“I’m disappointed and was blindsided by Bill’s decision to promote this,” said U.S. Rep. Ileana Ros-Lehtinen of Miami. Florida Republican congressional representatives Mario Diaz-Balart and Lincon Diaz Balart both disagreed with the idea of an Arizona-style immigration crackdown in their state. Even Former Governor Jeb Bush and current Governor Christie distanced themselves from McCollum on the issue.

Florida is home to a sizable and growing population of immigrants from Caribbean and Latin countries, 50% of whom are foreign-born. Hispanics make up at least 14% of the voting electorate in Florida and make vital contributions to the state. While most Hispanics in Florida are Cubans who have traditionally voted Republican and have conservative views on immigration, their lighter skin does not make them immune from racial profiling. In 2008, Obama carried the state of Florida by making in-roads with the Hispanic community n the state and winning 57% of their vote. McCollum is certainly taking a grave electoral risk by further alienating this base, and his political grandstanding is not the kind of real leadership on immigration reform we need.