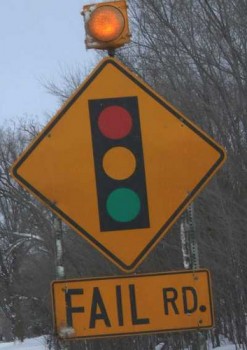 The Senate commenced for a special and important session today with just Senator Chuck Schumer and Senator Benjamin Cardin, to pass the House-modified version of the $600 million border supplemental bill.

It’s 500 years too late to play border cops with illegal immigrants, but better late than never.

The bill is supposed to serve as a down-payment for comprehensive immigration reform. Wait, I thought we constantly asked for smaller pieces such as the DREAM Act and AgJobs as down-payments? Even the right-wingers are not happy. They want a wall across the United States.

Senator Schumer was unavailable for comment. He gives extended speeches nowadays only to hide from pro-immigrant advocates after he is done speaking. President Obama praised the bill and is widely expected to sign it tomorrow.

The best part about the bill is that it does not result in deficit spending. Our brave lawmakers decided to kill two birds with one stone: keep out and kill the undocumented Mexicans by having the skilled legal Indian workers and firms pay for it. U.S.-based companies with a workforce more than 50% non-American would have to pay 2,000 dollars more per visa for “H1B” visas for highly skilled workers or “L” visas. That’s a marvelous idea: lets fix the abusive H1B visa system with more abuse.

Now that the political theater is over, can we get back to passing real and comprehensive immigration reform?