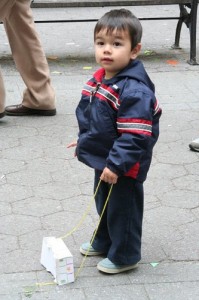 The jury’s still out on the fabled Asian-American success story.

Sure, the statistics might tell you otherwise. Once again this year, Asian-American men topped the charts in the latest U.S. Bureau of Labor Statistics on earnings for the 2nd quarter of 2010, making $901 in median weekly earnings. Asian women were second at $854, followed by white men at $838. Not surprisingly, those with advanced degrees, who were working in the financial or business sectors, had the highest salaries.

Yet the image of Asian-Americans as a homogeneous group of high achievers ignores the diversity of Asian-American experiences. Statistics like those above mostly help to perpetuate the model minority myth, when in fact there are as many Asian-Americans above the curve as there are below it. While some South Asians and Northeast Asians are doing particularly well, the same is not true for the vast majority of Southeast Asians, including the Hmong or Cambodians.

Let’s break down the demographics further. For example, a quick peek at the stats shows that Asian Indians have the highest level of educational attainment with 64% holding bachelor’s degrees. Conversely, Laotians, Cambodians and Hmong have the lowest rates of high school completion. The same disparities hold for family and personal median incomes. Lumping together all Asian groups into one category masks the poverty and ignores the academic difficulties of certain subgroups.

The success of more established Asian-American communities also disguises the struggles of recent immigrants. Currently, Asian Americans and Pacific Islanders make up close to 5% of the U.S. population, but comprise 12% (1.5 million) of the undocumented immigrant population. Asian Americans are not only the fastest-growing minority population in many states, but an estimated 40-50% of the population has only limited English-language proficiency. Yet thanks to the model minority myth, they lack the benefit of policy initiatives such as targeted bilingual education programs.

The Bureau of Labor Statistics also obscure the fact that return on investments is, overall, substantially lower for Asian Americans than for white men. Those who possess only an undergraduate degree tend to have higher unemployment rates than whites with the same level of education. In fact, Asian Americans need more years and higher quality of education to attain the same wages that a white male earns.

So there’s nothing to worry about here — white males aren’t falling behind in the rat race. But let’s remember: the relative success of some individuals doesn’t mean we should ignore those who fail to fit our stereotypes.