Home »Immigration»"But I'm Not Racist; I Have Black Friends" 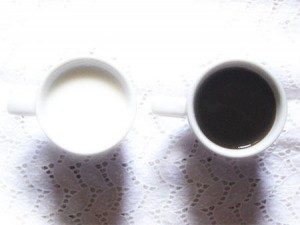 I bet you’ve heard someone use that statement as a defense, at least once in your lifetime. Heck, “I have black friends” even made the Urban Dictionary as a phrase used to qualify racist words and behavior.

When it comes to playing the race card, there is little doubt that “I have black friends” is right up there with the Joker and a sibling to “I’m not racist but…” on most days. But ultimately, there’s been a failure on our part to communicate that racism is not merely about relationships, words or emotions. These are merely elements or tools used to entrench racism. Having racial and ethnic minority friends does not excuse racist words and behavior. Someone who uses the “I have black friends” card is misinformed and misunderstands racism as just individual acts.

In fact, racism is not merely prejudice or bigotry. It is not merely a belief or a doctrine that can be corrected by having friends who have a slightly darker skin color. Racism is discrimination backed by institutionalized power. It is systemic. Racism is an ongoing inter-related set of social processes, backed by actions and discourses, that favors a dominant group over other legally constructed minority groups.

I wonder if a racial minority accused of racism can get away with saying “I’m not racist, I have white friends!” Probably not.

So what do we do about the tea-bagger who has a black friend? We must confront individuals about their offensive words and acts in a way that forces us to also confront the system. It is probably more strategic to say “I think what you said or did was racist” rather than “you are racist.” The former focuses on actions whereas the latter targets the actor. If s/he says “I’m not racist, I have black friends,” it is easier to counter that you aren’t talking about her or his interpersonal relationships with racial and ethnic minorities. You are talking about how her or his words and actions perpetuate racism.