Home »Immigration»ICE Thaws on Immigration Over the Summer 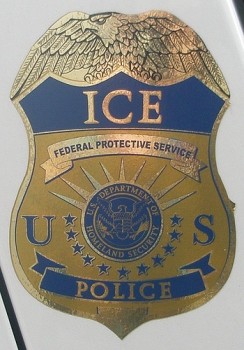 New and proposed Immigration and Customs Enforcement (ICE) policies are making a whole lot more sense than anything we have seen from Congress regarding immigration reform in quite a long time. ICE is prioritizing national security objectives that do not involve putting our gardeners and housekeepers in jail. Now, quite a few anti-immigrants have their panties in a bunch and are distorting the facts to make it seem like Obama is granting a mass amnesty or ICE is letting felons walk free. That could not be further from the truth. The agency still has a long way to go, but what follows is a list of how the agency is trying to add some sense into the immigration system.

1. USCIS leaps into the future: While the United States Citizenship and Immigration Services website still needs help, the agency has modernized enough to send text messages upon receipt of forms. The requirements are still stringent, as in they would reject an entire application based on minor details, but with Janet Napolitano at the head, USCIS has certainly streamlined the process for naturalization and legalization. A special mention has to go to the great leap forward in visa wait times, especially for minor children and spouses of United States citizens. Rumor mills say that they are gearing up to be ready for processing large numbers of applications for a mass legalization program.

2. Opting out of Secure Communities: When San Francisco wanted to opt-out of this mini-Arizona racial profiling program that put non-criminal undocumented workers into deportation, ICE said there was no opting out. They changed their tune when slammed with a FOIA investigation. Instead of celebrating states rights, right-wingers are stomping about complaining. Hypocritical much?

3. Removing 17,000 from deportation proceedings: It is altogether appalling to think that ICE had 17,000 people in deportation proceeding who actually qualified to live here as legal residents. While the right-wingers are going nuts over this new policy, one would need to be quite anti-American to oppose this move. Not supporting this change means not supporting the constitutional right to due process. It makes no sense to put people with legitimate claims to legal residency and waivers for inadmissibility in deportation proceedings. It wastes taxpayer money in pointless litigation and detention, and swamps immigration courts with cases they do not need to adjudicate.

4. No deportations from traffic stops: This is a mere proposal, but it has Fox News is incensed, which automatically means it is a good thing. Not allowing cops to detain immigrants merely through traffic violations is clearly a response to Arizona’s SB 1070, which advocates fear would have compelled law enforcement officials to embrace racial profiling as a way of identifying undocumented immigrants. It also makes a great deal of sense — why waste money in putting non-violent and non-criminal people in jails and detention centers instead of targeting people who actually commit crimes? ICE is seeking public comments on this draft proposal, quite a shift from an agency that used to have no real transparency.

5. No longer lost in the system: ICE has made it a tad bit easier for families to find their loved ones, who may have been boxed and shipped out to detention centers in other states. The agency has also recently launched a new online system to locate locked-up immigrants. Of course, there is still debate over whether the tool is accessible for most family members, but it is still a major step up from losing loved ones in the system.