Home »Immigration»Leaving Water In Desert for Undocumented Immigrants Is Legal 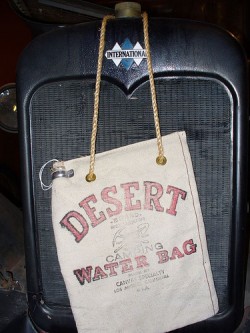 Even if you are against the concept of illegal immigration, arguing that it is acceptable for migrants to die of dehydration on their way to the United States requires a lot of hatred.

As part of “No More Deaths,” an organization that provides humanitarian aid to migrants, Daniel Millis placed water bottles in the desert along frequently traveled routes for immigrants unlawfully entering the United States to help reduce deaths.

Millis was given a $175 citation ticket for violating federal code 50 CFR 27.94 that prohibits “littering, disposing, or dumping in any manner of garbage” on a national wildlife refuge. He was cited at the Buenos Aires National Wildlife Refuge in southern Arizona. Instead of paying the ticket, Millis contested it before a magistrate judge, arguing that leaving water out for undocumented immigrants constitutes humanitarian aide and that “humanitarian aide is never a crime.” In doing so, he risked a possible $5,000 fine and six months in prison.

Both the magistrate court and district court, upon appeal, found Millis guilty and upheld his conviction. But the Ninth Circuit found in favor of Millis, holding that it was unclear whether purified water in a sealed bottle intended for human consumption meets the definition of “garbage.” Under the rule of lenity, any ambiguity in the law shall be resolved in favor of the defendant, and hence, Millis had his conviction overturned.

The lone dissent on the Ninth Circuit panel came from Judge Bybee, one of the architects of the torture memo during the Bush Administration, who had no issue crafting legal fiction to justify that water could be used to drown people in a controlled setting. Alas, according to Bybee, torture is too vague a concept to justify criminal conviction, but leaving water bottles in the desert so that people don’t die of dehydration is a criminal offense.

As a result of this ruling, placing water bottles in wildlife refuges for human consumption is now legal. Now lets see the anti-immigrant nuts decry the ruling for its somewhat bad environmental implications and how Millis should be charged for felony because he was somehow “aiding and abetting.” Give it a rest — even if the federal government bought a suit against Millis on that count, it would go nowhere for failure to meet the actual knowledge test.