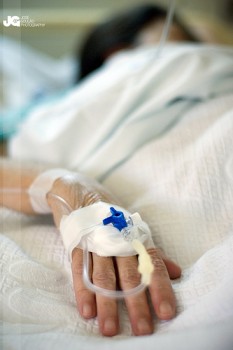 The Garden State is in trouble.

Assisted by Seton Hall Law School, several legal permanent residents are part of a class action lawsuit that seeks to prevent the state Department of Human Services from instituting planned budget cuts that would remove about 12,000 non-citizens from New Jersey FamilyCare, the state’s insurance plan for low-income families.

The plaintiffs in the case are legal permanent residents, but because they have been in the United States for less than five years, they are set to lose their FamilyCare benefits under new eligibility restrictions approved by the state earlier this year. Currently, the federal government declines to reimburse states for the care of these residents even though they are legally permitted to the United States and pay taxes to both the state and federal government. This is subject to change with the health care bill signed by President Obama, which goes into effect in 2014. In the meantime, 12,000 legal residents of New Jersey and their children would have to struggle without health coverage.

The lawsuit alleges that denying legal permanent residents health care subsidies “violates the equal protection guarantees of the United States and New Jersey Constitutions, both of which prohibit the state from discriminating in the distribution of benefits or services on the basis of alienage and immigration status.” Lawful permanent residents or green-card holders have all the rights of U.S. citizens expect for the right to vote and be elected to office, bring family members other than spouse or children to the US and obtain certain federal jobs. Hence, singling out this class of people and denying them benefits that they would otherwise qualify for is clearly discriminatory.

This discrimination is also poor public policy. By not providing subsidized insurance, the state of New Jersey is increasing the number of uninsured people who will use the emergency room or a public clinic as their primary source health care for non-emergency needs. Providing insurance is much cheaper for all taxpayers. Denying anyone access to subsidized health care would probably cost the state more in terms of both health and workplace productivity lost, not to mention the costs of litigating lawsuits. Exclusionary and discriminatory politics can be quite expensive.