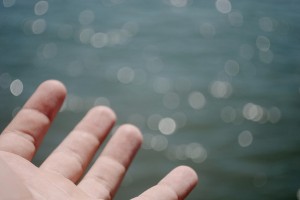 There’s a new twist in the federal government suing Arizona for infringing on its immigration powers. Through a two-year program called Secure Communities (S-Comm), the Department of Homeland Security is quickly ensuring the spread of racially-tinged immigration enforcement in every jurisdiction of the United States.

Secure Communities was rolled out as a federal government initiative to target immigrants who are convicted of crimes, and otherwise dangerous to society. At the time of arrest, a county with S-Comm shares fingerprinting data with FBI, who turns it over to ICE. If the person is a non-citizen, ICE would then tell the local jail to hold the person, and then come by to put them in immigrant detention for deportation. But since the program targets people at arrest and not conviction, the program has miserably failed at ridding society of “dangerous criminal aliens.” Rather, most of the people deported under the S-Comm programs were targeted for having traffic violations and not convicted of any crimes.

An arbitrary arrest and a fingerprint — that is all it takes to put non-violent immigrants into deportation proceedings. S-Comm creates mini-Arizonas around the country since local law enforcement officials can conduct traffic stops based on racial (and any other) pretext, arrest the unsuspecting non-violent driver who cannot prove her/his identity and before s/he knows it, ICE would be involved with just a finger-print check. In effect, local law enforcement offices deploying S-Comm programs are now local branches of Immigration and Customs Enforcement. Take action to stop the spread of Secure Communities programs now.

ICE has sent mixed signals regarding Secure Communities. San Francisco and Washington DC have opted out of the program, followed by Arlington, Virginia and Santa Clara County, but the program is rapidly expanding to cover most counties in the country. But the only realistic way for a local jurisdiction to opt out is for the entire state to stop sending fingerprint records to the FBI. That is highly improbable since law enforcement needs to know the criminal histories of arrests that they make so they cannot possibly withhold them from the FBI.

Moreover, S-Comm does not exclude wrongfully arrested victims or witnesses of crime from being reported to ICE. The program also negatively impacts trust between the police and community, making us all less safe. We need local law enforcement priorities to focus on protecting our communities from dangerous criminals, not deporting non-criminal and non-violent immigrants. But the Obama Administration plans to have Secure Communities in every county by 2013 and it is not even mentioned in the 867 pages of the latest Comprehensive Immigration Reform legislation. Certainly, the program is a cause for concern and far from securing our communities, it is targeting non-violent community members, ripping apart families and making us more insecure.

Tell ICE to end Secure Communities now and call for a Congressional investigation of the program.