Home »Immigration»Why The Revolution Will Be Tweeted 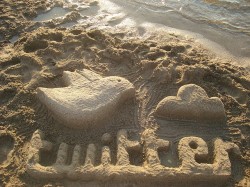 Malcolm Gladwell has probably never read about the DREAM Act movement. If he had, he may have hesitated before claiming in the New Yorker that social media cannot provide the necessary requirements for social change.

In an article that has received widespread acclaim as well as criticism, Gladwell posits that social media ties are weak ones that can never live up to the civil rights movement of the 1960s that led to monumental social change. Not only is that not true, he makes a huge mistake when he draws a binary between organizing online and grassroots organizing.

The brave undocumented student sit-ins at various offices around the country for immigrant rights did not come out of the blue. These are students who mostly met and connected through the use of social media. In fact, I recall that DreamActivist was formed by six students who had never met in real life, but were friends on an online social forum. They mostly communicated through MSN Chat and Gmail. We also used Change.org to amass over 10,000 supporters to position the DREAM Act as one of the top Ideas for Change in America. The first connection between United We Dream and DreamActivist was made via Twitter. And since students are organizing all across the country, most conversations are still held over Google Chat (and Wiggio when it works).

There were times when calling out people via social networks made them so nervous that they publicly changed their position on an issue. For example, the exclusion of bi-national LGBT couples from comprehensive immigration reform proposals was fervently opposed online to the point that it is now close to a non-issue (with everyone but the Catholic Bishops). That is a huge step forward, if not necessarily a social change.

Rather than forgetting what activism means, social media has transformed activism. Over time, weak ties actually transformed into strong ties through shared values and even branding. I am Facebook and Twitter friends with immigrant students I do not know in real life, but who do take note of what I write, and often take action on items of importance to them just because it comes with a DreamActivist stamp of approval. Most DREAM Act organizers use Twitter and Facebook primarily to spread their message, especially during grassroots direct actions. Gladwell should know that oftentimes, small things (and in this case tweets) can build up to create the tipping point required for social change to occur.