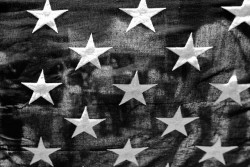 It’s finally here! Comprehensive Immigration Reform is finally not just a concept of the immigrant rights non-profit industrial complex, but a living, breathing document entered into the Senate record.

Document might be too small a word — the proposed legislation is 874 pages and called the Comprehensive Immigration Reform Act of 2010 (S. 3932). And it starts with border enforcement, followed by interior enforcement, then worksite enforcement, before actually reforming the system and moving forward with the legalization of undocumented immigrants. We’ve spoken about what is wrong with this picture here. The biggest downfall of the bill is probably that it does not do much to address the ever-growing immigrant detention complex and, instead, mandates a system that criminalizes immigrants.

But it certainly has good parts. Perhaps the most celebratory aspect of the bill is that it incorporates the Uniting American Families Act, a legislation that would give permanent partners of same-sex U.S. citizens and permanent residents the right to legalize their status. We’ve certainly come a long way since 2006 and 2007 when such language would have never made into a draft proposal. A short summary of the bill is here, and it also includes the popular and bipartisan DREAM Act. There is little reason not to support the measure.

Of course, it may be too little, too late for anything in 2010. Congress has now adjourned till November 15. One has to wonder what motivated Senator Menendez to introduce a bill now, when it has no chance of passing. One theory says that Democrats are using the immigration issue to placate the Latino base with a “we are at least doing something so please come out to vote this November.” And rumor has it that D.C.-based immigration advocacy groups in need of renewed funding have desperately wanted to show that they did not just squander millions into the dead legislative strategy of CIR, so they kept pressuring their one ally in the Senate till he caved. After all, the bill does not cost Menendez anything, while simultaneously showing philanthropy groups that pushing for comprehensive immigration reform is not a complete lost cause.

For the most part, immigration advocacy groups who see themselves as part of the Democratic establishment have been working all along to ensure Democratic victories this November. No matter how apathetic and spineless the Democrat Party is on the issue of immigrant rights, the GOP is simply morally repugnant and unacceptable. As always, the logic is that ensuring a Democrat majority in Congress makes it easier to pass CIR, though that logic has also failed us badly in the past two years. This continued legislative strategy is, of course, not about to succeed without a certain level of mass consciousness and movement around immigrant rights that does not adapt the enforcement framework. Sadly, this is where CIR continues to fail. Still, the alternative of not doing anything is not an option.