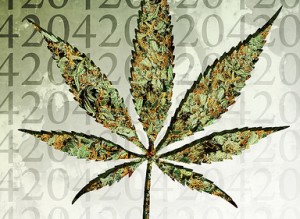 On November 2, California voters will have the chance to make their state the largest jurisdiction to allow legal, regulated and taxed marijuana with an affirmative vote on Proposition 19. Also known as the Regulate, Control and Tax Cannabis Act of 2010, Prop. 19 allows the sale, use and personal consumption of  up to 1 ounce of marijuana to persons 21 and older. It also allows state and local governments the ability to levy taxes on cannabis.

While a slew of politicians and lobby groups have come out for and against the passage of Proposition 19 in California, it is essentially a matter of criminal justice, which also makes it about racial justice. Young white people use marijuana more than people of color but the statistics show that California has made over 855,000 arrests for marijuana in the past twenty years, disproportionately targeting African-Americans and Latinos.

From 2006 through 2008, law enforcement officials in major cities in California arrested blacks at four to twelve times the rate of whites.

“We are spending billions of dollars each year for a war on drugs, but it has been a war on young black males … and it’s time for us to end that war,” said former U.S. Surgeon General Joycelyn Elders at a news conference where the Drug Policy Alliance and the NAACP rolled out a study on how marijuana arrests are racially disproportionate.

Marijuana prohibition is a failed social policy experiment much like the prohibition of alcohol. Rather than limit the availability or use of drugs, the federal war on marijuana consumption enables a system where marijuana distribution is in the hands of criminal enterprises rather than legitimate, licensed and regulated vendors.

As Matt Kelley noted over on the Criminal Justice blog, we have surpassed twenty million marijuana arrests. Yet, prisons and jails are more suitable for violent criminals than gardeners of a substance safer than tobacco. There is no compelling state reason to spend valuable taxpayer dollars on law enforcement targeting mostly people of color for simple drug use and possession.

It is debatable whether Prop. 19 takes the right approach to decriminalizing marijuana use. If the well-intentioned measure somehow passes, the Department of Justice would sue California as a matter of enforcing federal drug laws and the border patrol would immensely notch up its presence in the state. Licensed cafes selling pot and pot cupcakes may not pass the laugh test. But much like the same-sex weddings authorized by Gavin Newsom in San Francisco back in 2004 gave ascendancy to the movement for same-sex marriage, Prop. 19 marks an opportunity to end the racialized criminalization of drug use. It’s just a matter of time till it prevails.