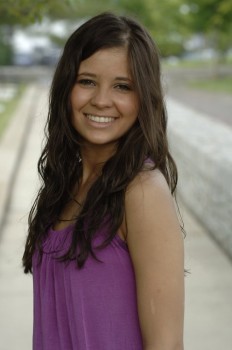 On Monday, November 15th, 2010, Jennifer Abreu was taken into ICE custody after a minor traffic violation led officers to find a deportation order written in her name. As a result, Jennifer will spend Thanksgiving and her 19th birthday in a detention center awaiting deportation away from her friends and family.

Jennifer was brought to the United States from Brazil when she was 13. She immersed herself in the community and in her studies. In addition to quickly learning English, Jennifer perfected Spanish and, in doing so, became a tutor and a mentor to her classmates. She graduated from Lafayette High School in Lexington, KY, where she was an active member of TeenBoard, a community service student organization that also planned activities to educate other students about issues affecting the world and their community like Invisible Children, human trafficking, and the DREAM Act.

Jennifer is an all-American girl. She was on the dance team and performed traditional Brazilian and Colombian dances many times at a local Festival Latino. She plays the piano, but her true dream is to become a journalist. She hopes to shed light on the issues affecting the community and raise awareness about issues of crime, oppression and injustice. At the time of her detention, Jennifer was scheduled to serve as a mentor during the 6th Latino Multicultural College Fair, where she would have encouraged youth to stay in school and plan for college. Instead, Jennifer was detained and is now facing deportation.

Jennifer’s pending deportation is the result of actions she had no control over. She has spent her formative years in the United States and has proven herself to be a great asset to this country. She would benefit from the passage of the federal DREAM Act. She is an excellent student, a dedicated mentor, and a hard-working community servant.