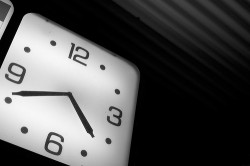 On Tuesday night, Sharron Angle learned two important lessons. One, that Asian Latinos either do not exist in great numbers or do not like her too much. More importantly, she learned that racially-bigoted, anti-immigrant politics in a state where Latinos make up 15% of the electorate does not win elections.

An extensive Latino Decisions study-poll indicates that Harry Reid won 90% of the Latino vote in Nevada. Exit polls suggest that the difference between Angle and Reid was around 38 percentage points. The truth may be somewhere in the middle, but the data still lends itself to the conclusion that the Latino vote made the difference in the race and saved the Senate Majority Leader from a certain and embarrassing defeat.

As a last-ditch GOTV effort among Latinos, Harry Reid promised to bring up the DREAM Act in the lame-duck session. The DREAM Act is a no-brainer, bipartisan legislation that would allow undocumented immigrants who were brought to the U.S. as children and graduated from American high schools the opportunity to earn legal status by completing two years of college or military service. It is the least that we can do with respect to moving forward on immigration issues.

The Senate is likely to be less inclined towards dealing with immigration issues in the next Congress. While unreliable votes like Evan Bahy and Blanche Lincoln are leaving, Republican Mark Kirk’s election to the seat held formerly by Barack Obama was a definite blow. In Pennsylvania, Democrat and pro-immigrant candidate Joe Sestak, failed to win the seat formerly held by Arlene Specter. If Congress doesn’t deal with pending immigration legislation in the lame-duck session, it is unlikely to make any headway in the next couple years. Reid’s victory should give him a clear mandate from the people of Nevada to remain true to pro-immigrant ideals. In his victory speech, Reid declared that he was more determined than ever to fight. Now, we must stand together and remind Reid to fulfill his promise. Latinos saved his seat and political future. Tell the Senate Majority Leader to bring the DREAM Act to a vote before the end of this year. It’s the least he can do.