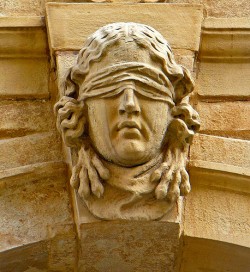 It took over 16 years, but  Gladys and Jamie Scott are finally free to go home to Florida after Republican Mississippi Governor Haley Barbour suspended their life sentences.

Gladys and Jamie Scott were teenagers when they were arrested and sentenced on circumstantial evidence for reportedly taking part in a robbery of $11.

Serving a life sentence for a robbery of $11 as young adults in which no one was hurt is not just a tad bit harsh. It is tinged with Old South racism and makes a complete mockery out of our criminal justice system. Lets just be honest: the Scott Sisters were not serving time for the robbery; they were in prison for being black.

The sad part of the story is that Gladys and Jamie Scott are released contingent on Gladys donating a kidney to her sister Jamie, who now suffers from kidney disease. Criminal Justice blogger Matt Kelley argues that the “crass handling of the women’s sentences and Jamie’s health will backfire for Barbour.”

Nonetheless, this calls for a celebration. Change.org blogger Nadra Kareem brought this story to our attention a couple months ago with an action targeted specifically at Governor Barbour, asking him to free the sisters. Some 2000 Change.org members signed on in support. Advocacy groups like the Innocence Project, the American Civil Liberties Union and the NAACP have worked on the case for more than a decade and more than 10,000 Change.org members signed a Change.org petition by the Action Committee for Women in Prison. Over 200 protesters rallied last week, demanding the release of the two sisters. Barbour finally agreed to commute the sentences, reportedly, for his own political reasons.

Make no mistake. Racism is alive and well in Mississippi and across the United States. But for today, justice is not blind.

GOT A TIP FOR US? Is there a story or campaign in your area that we’d want to know about? E-mail us at humanrightstips@change.org. Please also follow Change.org’s Human Rights page on Facebook and Twitter. Photo Credit: Tim Green aka atoach