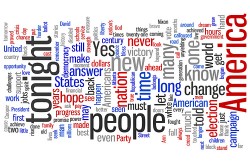 The last decade has seen the decline of the immigrant rights movement and an unfortunate shift from viewing immigrants as contributing Americans to seeing them as criminals and terrorists. Despite the ugly turn in rhetoric, we still had a good year, spurred by grassroots advocacy and new media efforts.

1. Many people may not see it this way, but the DREAM Act was a winner. A narrowly-tailored bill for a niche population became the litmus test for where politicians stood when it comes to educating brown children. Immigrant youth, including Change.org members, forced Senator Harry Reid to take a stand on the issue and promise to bring it up in the lame-duck session. On December 18, millions of Americans tuned in to CSPAN on a Saturday to see how gays and undocumented immigrants are willing to serve and die for their country and denied the right to do so. Despite the Senate failure to pass the DREAM Act, many Americans along with President Barack Obama promised to join the fight in the New Year. None of this would have been possible without the thousands of emails and calls, lobbying, and grassroots advocacy of immigrant youth, many of whom are also Change.org members.

2. More than 20,000 Change.org members demanded action from the federal government when Arizona passed SB 1070, an anti-immigrant bill that authorized law enforcement to use racial profiling as a way of determining legal status. The Department of Justice sued Arizona, claiming federal preemption on matters of immigration, and even asked the notorious Sheriff Joe Arpaio for his papers. The most controversial parts of the bill was enjoined by a federal district judge. While dozens of states are looking to replicate the Arizona law in the absence of federal immigration reform, they are held back by the possibility of community backlash, followed by lawsuits.

3. After the devastating earthquake in Haiti, Change.org members pushed Homeland Security Secretary Janet Napolitano to grant temporary protected status to Haitian immigrants, allowing them to stay in the country regardless of legal immigration status for 18 months. We also won humanitarian parole for Haitian orphans so that American parents who were in the process of adopting children from Haiti could bring them here temporarily.

4. More immigrants and advocates used Change.org as a platform to stop individual deportations. Earlier this year, Jean Montrevil, an immigrant rights leader, was released from detention after Change.org members sent over 2000 emails on his behalf. Steve Li, a San Francisco college student, was released just days before his deportation date. Just before Thanksgiving, we had a slew of successful deportation cases: talented performer and student Fredd Reyes had more than 3500 Change.org members stand by him as ICE released him from detention; about 1500 emails ensured that 19-year old Jennifer Abreu would spend her birthday with her family; and Bernard Pastor, a pious young man from Ohio, gained not only relief from detention, but deferred action after his community rallied behind him and used Change.org to send more than 2000 letters on his behalf. Maryland resident Marco Rua and his daughter Andrea had their deportations deferred after Change.org members sent over 900 emails in less than 3 days in support of the father and daughter.

The case of Selvin Arevalo, a Guatemalan immigrant who resides in Maine, is a reminder that stopping individual deportations can take months and sometimes even years. Despite hundreds of emails, calls and even community rallies, Selvin was released from detention on bail and still in deportation until Lai Wa Wu, an immigrant youth activist, started a petition signed by over 1,500 Change.org members who sent emails to elected officials in Maine asking them to intervene. Rep. Chellie Pingree finally introduced a private bill that gives Selvin a few more months in the United States.

5. Oftentimes, we lose immigrants to deportation due to an error, yet there is little hope of getting them back into the country because the process is limited to those who qualify for relief based on extraordinary hardship and humanitarian reasons. Hector Lopez, a 21-year old Portland student, was deported from the United States, but applied for asylum in order to come back. Upon returning, he was locked in a detention facility in Arizona until Change.org readers sent 1830 emails demanding his release before Christmas.

Besides grassroots activism and the work of Change.org members, we had several noteworthy victories in the courts. The California Supreme Court upheld AB-540, a law that allows undocumented students to pay in-state tuition in California public universities, which will dissaude lawsuits in others states and make other state lawmakers more likely to pass similar laws. Additionally, the Supreme Court ruled in Carachuri-Rosendo v. Holder that immigrants cannot be deported for minor drug offenses, putting an end to the long-time practice of deporting legal permanent residents with minor drug convictions. And in Padilla v. Kentucky, the Supreme Court once again sided with immigrants and upheld that criminal defense attornies must advise non-citizen clients about the deportation risks of a guilty plea. Lawyers are likely to use the landmark decision to overturn deportation cases, while clients can probably file personal injury claims against lawyers who failed to warn about the risks of deportation.

We obviously have a long way to go. But we are building the infrastructure and support necessary to get us there.