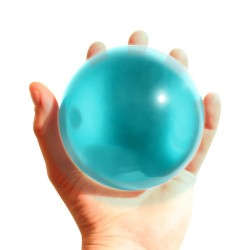 Since I did a decent job with my predictions last year and several people have asked for my opinion on what to expect from the most anti-immigrant Congress in decades, I’m taking a look through my crystal ball at what to expect for immigrant rights in 2011.

1. Little chance of comprehensive immigration reform in the next two years: The Obama Administration has deported more people than the previous Bush Administration in an effort to look tough on immigration and buy Republican support for a comprehensive overhaul. Alas, the White House cannot boast about this because it threatens to alienate the Latino base of the Democratic Party, so the record numbers do not reach the ears of Independents, and staunch anti-immigrants could care less — they want everyone except themselves deported and will never support Obama. The Administration should put a stay on deportations of long-time residents and DREAM Act students to rally the base (much like the proposal of USCIS Director Alexander Mayorkas in a leaked memo), but it toes a moderate line in fear of rabidly right-wing Senators. Even with Senate filibuster reform, any pro-migrant proposal is unlikely to pass the House with anti-immigrant representatives such as House Judiciary Chairperson Lamar Smith (R-Texas) and Steve King (R-Iowa), ranking Republican on the House immigration subcommittee. President Obama is likely to make the DREAM Act and immigration reform one of his stump speeches for re-election, while maintaining a policy of attrition through enforcement by targeting immigrants under the radar.

2. Beltway immigrant rights advocates will come up short once again. The enforcement-first, enforcement forever immigration reform sold to us by beltway immigration groups has severely hurt the movement. After parroting the anti-immigrant narrative of undocumented immigrants as criminals and seeing all hopes of comprehensive immigration reform sink without a trace, DC immigration groups could only watch helplessly when Sen. Chuck Schumer (D-NY) pushed through a $600 million border security bill without drawing any concessions. In the 112th Congress, we need these groups to play defense when House Republicans pass E-verify and more funds for border security, criminalize illegal presence, and make a lot of noise about repealing birthright citizenship. The only saving grace may be that faced with re-elections, GOP leadership might remember that the demographics favor Democrats in the long run and simmer down their hatred.

3. The DREAM will be kept alive on the state level. Students will remain at the forefront of the battle for immigrant rights. DREAM advocates will take their battles to individual states and hope for passage of tuition equity laws, such as the California DREAM Act, and in-state tuition rates for undocumented students in states like Maryland and Massachusetts. On the federal level, Senator Dick Durbin (D-IL) will undoubtedly introduce the bill again. But if it has any chance of House passage, it will likely have an age limit of 25 and come with harsh E-verify and border security amendments, watering it down to the point that grassroots advocates will prefer to focus on fighting for tuition equity, financial aid, and driver’s licenses one state at a time.

4. Immigration judges will be more willing to throw out cases. Just this past year, judges in Texas rejected thousands of deportation cases because Immigration and Customs Enforcement (ICE) did not comply with the Freedom of Information Act (FOIA). Simply put, the government could not prove that the people in deportation proceedings warranted removal from the country. ICE still refuses to comply with FOIA requests, levying huge fees for any requests for information on its deportation programs. Immigration advocates are protesting this secrecy, but a smart immigration attorney is likely to use the lack of information provided by ICE to get their own clients out of removal proceedings or prolong the case with FOIA requests. This means more clogged courts and slowing down the rate of deportations.

5. A rise in queer immigration activism. Over a year ago, Rep. Luis  Gutierrez declared that there has never been a conversation between the LGBT and immigrant communities to justify his exclusion of the Uniting American Families Act (UAFA), extending immigration benefits to same-sex partners, from his comprehensive immigration reform bill. He later changed his mind, while Sen. Robert Menendez also introduced an immigration bill with UAFA. This year saw immigration and LGBT activists unite at unprecedented levels. After winning the fight for Don’t Ask Don’t Tell, queer rights activists will look for another issue to push through Congress. The most likely choices are the Employment Non-Discrimination Act (ENDA) and UAFA, though the 112th Congress is unlikely to do much for them. With the Defense of Marriage Act (DOMA) repeal moving through the courts, same-sex binational couples will increasingly turn to litigation. If national LGBT groups play their cards right, they can effectively stop the deportations of couples in binational relationships, while increasing national attention.