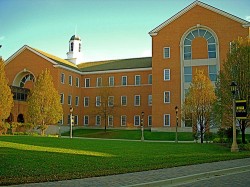 In response to the Senate failure to pass the DREAM Act last month, state senators in Maryland have decided to eliminate some of the roadblocks faced by DREAM Act-eligible students living in the state. A new bill would allow undocumented students who grew up in Maryland to pay in-state tuition at public institutions of higher education, given they meet certain conditions.

Madaleno noted that although states cannot grant U.S. citizenship, they can provide young undocumented residents an opportunity to continue their education beyond high school. Beneficiaries are likely to work, pay taxes, use services and raise children in Maryland. Sound public policy dictates that no one is deprived of the right to pursue higher education, since the more educated the population, the bigger the tax base.

Gov. Ehrlich vetoed a similar bill back in 2003, but the current Governor of Maryland is supportive of the measure. Lets start 2011 with tuition equity for Maryland students.

To get involved, join the Maryland DREAM Youth Committee.