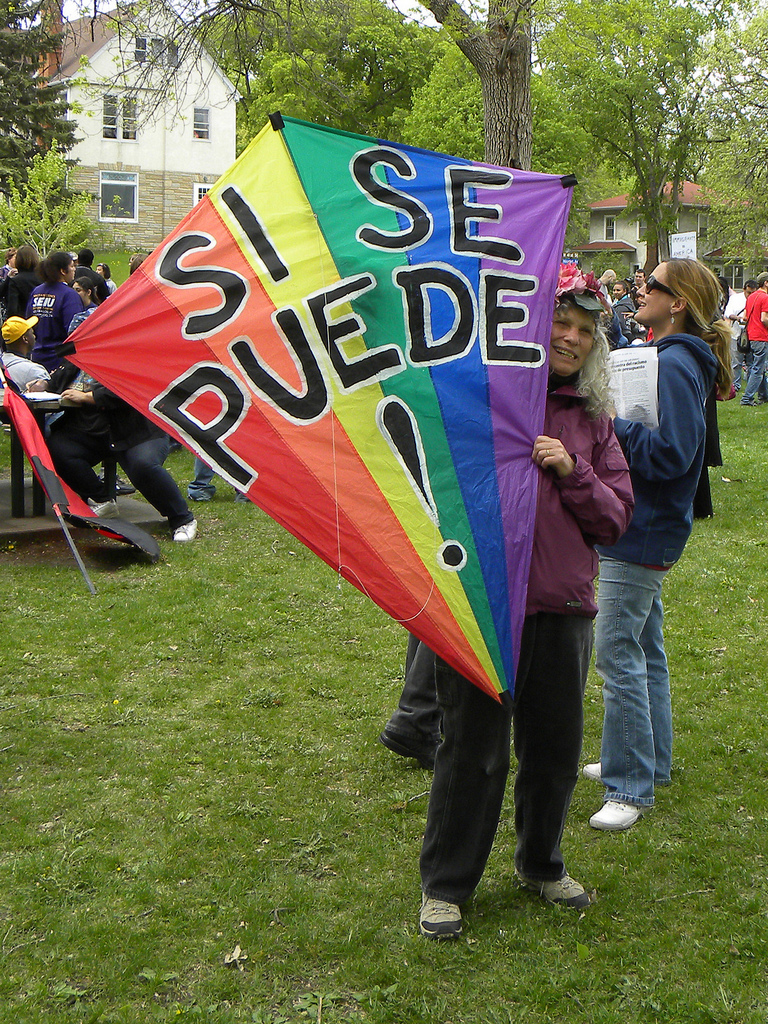 This week, Rep. Luis Gutierrez held a press conference to finally show his support for including the Uniting American Families Act as part of broader immigration overhaul, a complete reversal from his previous position of throwing LGBT families under the bus.

Most Americans are probably unaware that same-sex marriage does not provide immigration benefits to a couple even if they get a marriage license in a state that allows same-sex marriage. This is due to the fact that immigration laws are a matter of federal jurisdiction (someone tell that to Arizona) and the 1996 Defense of Marriage Act (DOMA) disallows federal recognition of marriage.

The Uniting American Families Act provides a crucial fix to this problem without overturning DOMA. The proposed legislation permits “permanent partners” of United States citizens and legal residents to obtain legal status in the same manner as spouses of heterosexual citizens and green-card holders.

A few months ago, Rep. Gutierrez was defending his decision to exclude same-sex binational couples from a comprehensive immigration reform package. He reasoned that “there has never been a serious, in-depth discussion between the gay and lesbian community and the immigrant community” and therefore, the exclusion of LGBT families was acceptable.

It’s refreshing to see Rep. Gutierrez change his mind on this issue and call for a “truly inclusive” reform, although this phoenix rising may be a too late to pass a comprehensive legislation this year. While the window of opportunity is certainly closed until after midterm elections, UAFA advocates should still rejoice at this important breakthrough.

As a little backgrounder, the United States Conference of Catholic Bishops recently endorsed the Democrat proposal for comprehensive immigration reform as a crucial first step, but couldn’t resist taking a swipe at the one-line provision for LGBT family equality, as in the Uniting American Families Act. Ironically, the Bishops also stated in the same press release that “this issue can no longer wait and should not be politicized or held hostage to ideology.” I wonder how they negotiate the contradictory statements.

Later the National Association of Evangelicals Lobbyist released an ad in Roll Call in support of immigration reform, but opposed to the inclusion of same-sex couples in the bill. Additionally, they state that they have spoken to Senator Chuck Schumer (D-NY) and appear pretty confident that the UAFA language would not make it into the bill. When Immigration Equality was asked for clarification on the matter, they held steadfast to the claim that UAFA was still very much a part of comprehensive immigration reform.

Sadly, this war of words is pointless as long as the Obama Administration insists on pursuing Bush-era enforcement-only solutions with comprehensive immigration reform nowhere in sight.