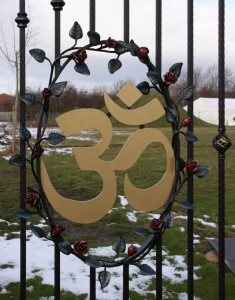 Joel Stein might be a writer with a knack for satire, but his latest TIME Magazine piece on how his beloved town in New Jersey was overrun by South Asian immigrants fails to tickle the funny bone.

Satirical pieces are supposed to be humorous, but race-based satires are appalling when they fall flat. In this case, Stein’s column is a dismal failure, and 1.5 billion South Asians are certainly not amused. Several thousands are certainly canceling their subscription to TIME, the magazine that actually thought the absurd piece was fit for publication.

While nostalgically recalling Edison, the white suburban town of his youth, Stein describes the town as now being full of East Indians (actually, whites still make up the majority of Edison’s population). He bemoans the 1965 Immigration and Naturalization Act, which ended quotas on immigrants from countries in Asia. As he writes, “In 1990s, the not-as-brilliant [Indian] merchants brought their even-less-bright cousins, and we started to understand why India is so damn poor.”

There’s nothing remotely funny about such a statement.

All you have to do is replace the reference to India and Indians with Mexico and Mexicans (or any other ethnicity) to see why the article offends. Imagine a piece written by someone who is not of Mexican descent, which derides his neighborhood for being overrun by “those Mexicans.” Can you imagine TIME magazine deciding to print it as satire? No, that wouldn’t happen. But it happens to South Asians, because we are perceived as a silent “model minority.”

Many South Asians hold medical and engineering degrees, or have experience with the retail and hospitality business. And yet this diverse group of immigrants continues to be racially profiled and subject to abuse. For example, post-9/11 initiatives such as Alien Absconder and the required special registration of certain non-immigrant men pushed many innocent South Asians into indefinite detention and led to the deportation of at least 13,000 South Asian men, which devastated many families.

Cheer up, Stein. You’d have far more “dot-head immigrants” taking over if our country’s immigration system didn’t have strict quotas on Indian immigration. Stein conveniently ignores the fact that family members from India face some of the longest waiting times among all would-be immigrants, and are more likely to be caught in family unification and employer visa backlogs. As if that weren’t bad enough, workplace abuse and lack of provisions for foreign-born children of H1-B workers — who alone make up one-third of the H1-B employer visa applicant pool — likewise make life more difficult for South Asians. (Incidentally, Stein, since whites once dubbed the U.S. as “Indian land,” what’s wrong with flooding the country with immigrants from India?)

Despite progress by South Asian groups, we still live in an America in which American-born Kal Penn (of Harold and Kumar) is one of South Asia’s few representations in mainstream entertainment. It’s a country in which Bollywood star and former Miss World Aishwarya Rai is white-washed in ads for L’Oreal, while the most popular Indian-American politicians — Nikki Haley and Bobby Jindal — have to adopt ambiguous American nicknames to be accepted. And it still takes a Brit to direct an Indian love story — Slumdog Millionaire — to win accolades.

Unfortunately, Stein’s failed attempt at satire didn’t stop with his article. He proceeded to tweet about how he was disappointed that email responses to his piece didn’t resemble Gandhi’s non-violent teachings. Yes, because as a model minority, South Asians are supposed to turn the other cheek when they’re slapped with insults like his. As long as we turn the other cheek, wannabe journalists will continue to pass off racist diatribes in leading publications as satire.

While South Asians across the world are seething mad, TIME and Joel Stein must be held accountable for their incredibly tasteless piece. Maybe their tastes would have improved if they’d stuck to hot and spicy Indian foods, instead of attempting social commentary?