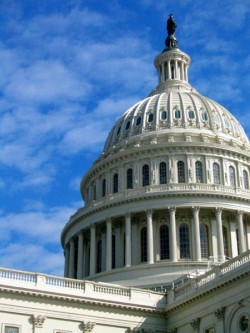 Congressional aides working behind the scenes do not get much media attention. But in the documentary movie How Democracy Works Now, we can see the importance of these staffers as they deal directly with constituent and lobbyist demands, advise Congressional members on how they should vote on upcoming legislation, set the agenda, and even write the laws based on their own interpretations of what was approved.

Here’s a run-down on the three key Congressional staffers who are critical for the passage of any incremental immigration reform measure:

Remember that immigration reform bill that Senator Schumer promised by Labor Day last year? Well, Leon Fresco has been working on it. Initially, Fresco served as an immigration aide for Senator Charles Schumer (D-NY) but in the past year, after Schumer became the Chairperson of the Senate Immigration Subcommittee, Fresco was appointed as the Chief Counsel of that committee. Working closely with the Senator from New York, Leon Fresco will play a huge role in crafting any legislation for comprehensive immigration reform and seems adamant about a “comprehensive-only” approach.

He was starting off as a counsel for Senator Durbin when the DREAM Act first sailed through the Senate Judiciary Committee in 2003. Now his salary has quadrupled and he serves as the Chief Counsel of the Senate Judiciary Committee, where the DREAM Act remains stalled even though 12 out of 19 members are co-sponsors and the legislation would once again sail though the committee if a vote was scheduled. As a son of Arab-American immigrants and an aide for Senator Durbin, Zogby is a long-time supporter of the DREAM Act and he has reportedly said that petitioning him to push it during this Congressional session is preaching to the choir.

Many advocates believe that Senator Bob Menedez (D-NJ) holds the key to breaking the log-jam over comprehensive immigration reform. And he has an experienced counsel by his side to aide him in this effort. After serving as the Associate Director of Advocacy for the American Immigration Lawyers Association and Director of Policy and Planning at the Rights Working Group, Talbot has a keen sense of immigrant rights and justice. Talbot could play a critical part in helping to create the space for discussion over incremental measures like the DREAM Act.

Along with aides from the office of Senator Dianne Feinstein (D-CA), Senator Dick Lugar (R-IN) and Senate Majority Leader Harry Reid, the three Congressional staffers — Zogby, Fresco, and Talbot — profiled above are at the centerpiece of the struggle to get a legislative win for the immigrant rights movement.