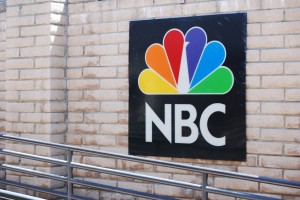 Yes, let’s all laugh at the wacky brown people. Is that what NBC’s producers are thinking?

I’m not sure how else to explain Outsourced — a supposedly comedic take on the culture clash that ensues when a U.S. executive from the Midwest executive goes to India to manage a call center. Maybe the show (which premieres on September 23) is an experiment in irony, but it’s a painful failure. That’s especially true because NBC is owned by General Electric, a company known to turn outsourcing into gold.

Initial perceptions of the show are mixed, but a Facebook group has already started to protest the show (though many of the comments are from Americans angry about losing their jobs to “low-wage scabs from India”). It seems like jokes at the expense of East Indians are Hollywood’s new culturally acceptable comedic fodder. Needless to say, the show is unlikely to help make any progress in the area of race relations.

Outsourced is not an investigation into how corporate greed is shipping American jobs overseas. Instead, it’s focused on cross-cultural exchange between Indians and Americans, which tries to make light of how the neo-liberal economy pits workers against each other. It’s neither comedic, nor does it present the most positive portrayal of Indians.

In the available previews, Indians are depicted as shrewd and conniving, willing to lie and cheat in order to get ahead. And naturally, the lead character is a white male, while heavily-accented and caricatured Indian characters mill around him in the background.

I have a potential idea for a better show. How about a mid-season replacement called Immigrants? The series could showcase the hard work, innovation, entrepreneurial talent and investments that Indian-Americans have brought to the United States.

For prime-time cable TV, though, that story would probably be too uncomfortably close to the truth.