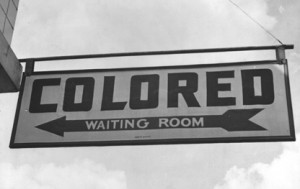 The media has finally woken up to the specter of gay teenage suicide and bullying. In the past month, my inbox has been flooded with stories and faces of young gay men who killed themselves due to bullying and homophobia. The mainstream attention that this issue is getting is greatly welcomed. At the same time, I wonder if there’s a certain type of inappropriate value judgment given to some stories over others.

My problem with the recent coverage of gay teen suicides is that it comes with an inherent condemnation that whatever led to these acts is abhorrent. It’s the kind of condemnation missing from media coverage (and mostly ignorance) of black urban violence or the death of indigenous youth. I get it — it is easier to sensationalize good-looking, mostly white teenage boys than start a conversation on how systemic racism is killing our young black people. I don’t intend to play oppression Olympics or start a contest on who is dying fastest.

I am a survivor of teenage bullying. But like Bob Braun at the Star Ledger, I do wonder why the media ignored the story of Jessica Moore who threw herself in front of a friend to save her life, while hyping that of Tyler Clementi. Both incidents happened in New Jersey in the space of a few days. By sensationalizing one over another, mainstream media tells us that one tragedy is more tragic and that is unsettling. What’s the difference here? Maybe it is race and class. Jessica Moore was an African-American woman and shot in a poor black neighborhood, while Tyler Clementi was white and raised in one of the wealthiest suburbs in the New Jersey.

Similarly, the media has mostly ignored the rise in hate crimes against Latinos. Marcelo Lucero, Rodolfo Omeldo, Martin Reyes and others like them were beaten to death in horrible hate crimes but never got the media attention and condemnation their cases deserve. Are their lives worth less?

There’s definitely hope. Last December, as many as 30 Asian-American students were attacked at South Philly High School and due to a lack of response, the students boycotted the school. The Justice Department had to step in after a complaint filed by the Asian American Legal Defense Fund and instructed the school to do a better job protecting the students. The principal now touts the security of students as his number one priority.

We are tragically more accustomed to violence in Latino and black neighborhoods than violence in schools. Teenage bullying may sometimes just be a start. For many, bullying continues into adulthood in various forms: white privilege; unjust and unfair laws that target minorities; an immigration system that rips families apart; an economy where the rich get richer and poor get poorer. It is all violence — violence sanctioned by society through a systemic racism and classism. It’s harder to write about such things but that doesn’t mean we should not attempt to do so.